The premiere was in two parts. The first was a special red-carpet event in Roppongi Hills in Tokyo, which took the shape of a cross, much like the symbol seen in the promotional posters. 5000 fans attended this event. The actors gave interviews and fan signings. The second event was the screening at TOHO cinema, also in Roppongi.

Josh fans in Japan we need some information and some pictures! HELP!!!! 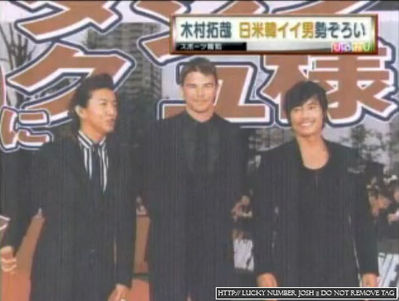