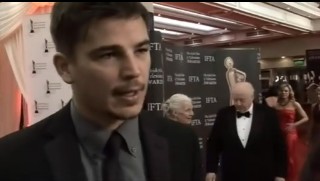 Referring to his recent work producing and directing, Hartnett said: "I've kind of tried to take a step back and try something new."… 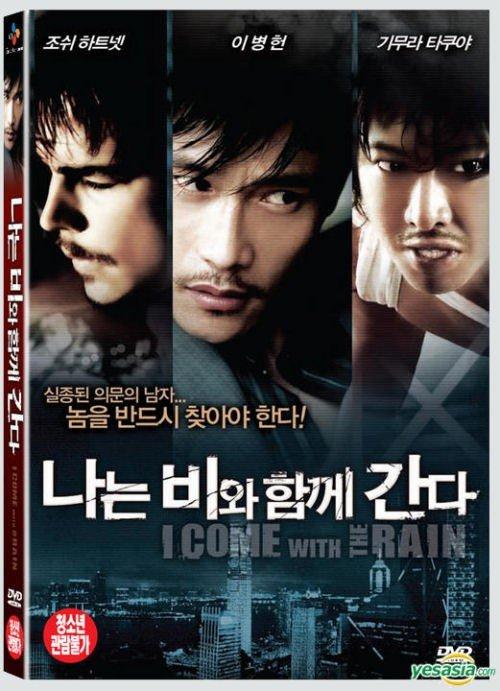 CJ Entertainment have announced the Korean DVD release of 'I Come With The Rain' for the 3rd March 2010. Hailing from acclaimed French-Vietnamese director Ahn Hyun Tran ('The Scent of Green Papaya'), the film is a neo-noir thriller that brings together top stars from America (Josh Hartnett) and Asia (Lee Byung Hun,…

I am currently business travelling in Spain. And had the sound inspiration to check out the local movie sites. To my great suprise I found out that Josh Hartnett's fantasy actioner - Bunraku- has a spanish distributor called TriPictures which also distributed in the past Josh's crime thriller…

Bunraku will be a very interesting film. Guy Moshe, who also directed, wrote what I thought was one of the strangest scripts I’d ever read, especially because the story takes place in an in-depth CGI universe. It’s very allegorical — a mixture of a samurai film and a western in a virtual origami universe where everything is made of folding paper, and there’s a lot of martial arts in it. My first…

BUNRAKU : DESIGNER ALEX McDOWELL HAS A WORD TO SAY ABOUT HIS FIRST PRODUCTION

The average audience member might not know production designer Alex McDowell by name, but they certainly have never forgotten his work on such films as Fight Club, Fear &…

In faraway Cambodia, beyond the confines of most Israelis, shocking incidents of child prostitution are taking place. This is the subject of Guy Moshe's first film, "Holly", which will make its Israeli premiere today at the Tel Aviv Cinematheque.

"A few hours after I landed in Cambodia, I was offered the opportunity to sleep with an 11-year-old girl for five dollars,"…

30 days of night broadcasted for the rst time in Italy... 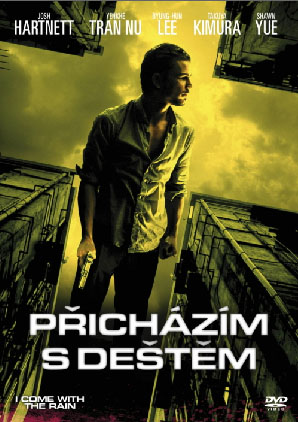 I Come with the Rain will released under the title Přicházím s deštěm on March 29, 2010 in Czech Republic and on April 7, 2010 in Slovakia. The distributor for Josh Hartnett's thriller over there is MagicBox…

McKidd (who was interviewed before the film was screened) said his
personal goal is to put together a career that keeps him energized by
its surprises. That's clear with his next big-screen project: Guy
Moshe's "Bunraku," a film that melds live-action and animation for a
surreal noir tale.

"It's a very, very strange film," McKidd said. "It's a hybrid of a
western and a martial arts film. The world it's set in is almost
circus-like in the feel of it and… Continue

I wish love and happiness to all of you!!! And for my favourite actor, JOSH! Have a nice Valentine's day!!!

Happy Valentine's day every body and of course....

Have a nice week end!

everybody! Have a nice week end and... happy Valentine's day!!!

Ich wünsche Allen einen tollen Valentinstag morgen
Happy valentinsday for all. I wish you the best and hope everyone fell god.
Colchen

The European Film Market (EFM) runs for nine days - February 11-21, 2010 - as part of one of the most important film festivals in the world, the Berlinale. As the first major film event of the year, it is a magnet for international industry professionals…

I went to Romania to visit the set of Bunraku (TBD 2010) a while back. It was a fun trip and all the people working on the movie were really cool… that said, I have no idea what it’s going to look like. It’s a highly stylized revenge tale. Think Sin City crossed with a Stephen Chow film crossed with a Sergio Leone movie and you’re close, I think. There’s…

It seems Bunraku is showing today to selected audiences at the block of Orange (AMC Theatres) in California at 7:15 pm. People who will attend those previews of Bunraku have to sign a non disclosure agreement so they can't talk about the film publicly. This is pretty good news because it means that… 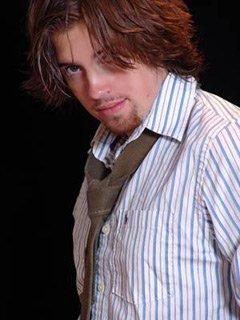 Born in Lawrence, Massachusetts, USA, Justin Eaton has been studying martial arts for 10 years and specializes in the bo staff. His innovative moves and tricks with this weapon has astounded US audiences. He is now living in Los Angeles, California, training with the world renowned Sideswipe performance team and is an action actor and stunt man. He is Josh's stunt double for the upcoming movie…
Continue At the occasion of the DVD release of I Come With The Rain in Japan, the local distributor of the film has set an official site where the fans who ordered the DVD before december 25, 2009 could win presents including ICWTR's kimono !

HOME IS WHERE THE HART' IS!

Hunk Josh excited to trace his roots while in town for IFTA bash.


HOLLYWOOD hunk Josh Hartnett is jetting to Ireland for this month's Irish Film and Television Awards.

The top actor - who starred in movie blockbusters Pearl Harbor and Black Hawk Down - is coming to Dublin to be a guest presenter at the glitzy showbiz bash on February 20.

Hartnett, who was raised in the US but is of Irish descent, is planning to stay here for several days to…

Last week I was in school when one of the student ask me about the movie pearl harbor, I was so amazed because That movie was of Josh Hartnett, then I ask the student, why...

According to her, its their assignment on their subject WORLD HISTORY...

Of course I told her all about the movie, and advise her to watch the whole movie.

And they watched actually the movie,,,
JOSH HARTNETT's Pearl Harbor....

The section Earth which is the First Section in Maco… Continue