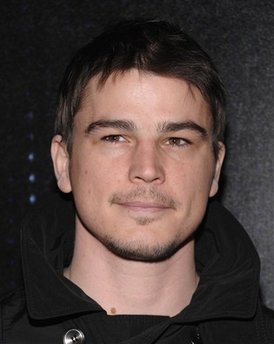 Do YOU know CSS?

Absolute Josh Hartnett needs a slicker and better new look. We are a free site and don't have a budget for a designer, but if ANYONE would volunteer to make a new Ning template, then email me at borntodeal@gmail.com.

We need someone to create a hot, new look for the site. Here is our current site CSS and if you can make something better, email me and we'll consider changing the site feel! It is much too brown :( and we need something that pops out like a true fan site… Continue

i love the picture of annie

the picture was really very good! super! its really amazing! hope that this site can contribute all pictures of josh from top to bottom,,,,,,,this is good for a friend like me, like us!

we have hard time in school,,USEP, sometimes i got fight with friends but easily fix,,however thru this site its like i can be any body and very free to express my self,,,

i really wonder if we can upload a power point presentation on this site? i have slide presentation for josh,,,,,

i really have to go we have class at one,,i just dropped by to say i love you! all.....hope i will be able to present my project very well...this is for josh...i will make it!

Today, we changed our privacy settings to allow the public (not just members) to see our site.

This is because we would like them to see the incredible success of Absolute Josh Hartnett, which has grown to nearly 700 members in just a few, short months.

We'll consider making the site "member's only" again after we see the reaction and how much more traffic we get.

Thank you very much for your… Continue

thanks god we are now On line here in school i can now communincate with josh my love......