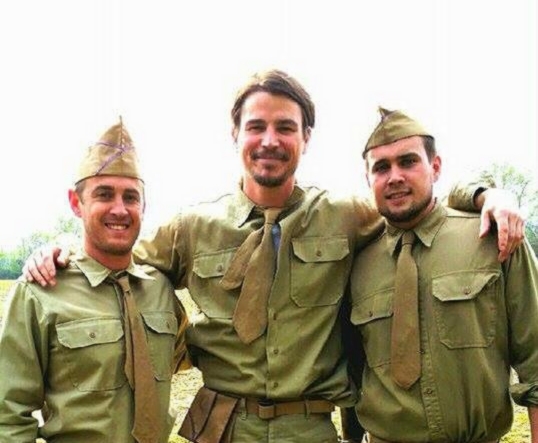 Several more actors have signed on to be directed by James Franco in his next indie, The Long Home, including quite a few who have worked with the busy multihyphenate before.

Ashton Kutcher and Josh Hartnett have signed on along with Zoe Levin, who appeared in Palo Alto opposite Franco, Analeigh Tipton, Scott Haze and Robin Lord-Taylor.

Based on the novel by William Gay, the 1940s-set The Long Home centers on a young contractor who is hired to build a honky-tonk in Tennessee by the man who killed his father. Franco is starring as Hardin, and Josh Hutcherson, Tim Blake Nelson and Giancarlo Esposito were recently cast in the low-budget project.

Shooting is underway in Hamilton, Ohio.

Franco is producing alongside Vince Jolivette and Jay Davis of Rabbit Bandini, while Robert Halmi Jr. and Jim Reeve are exec producing.

Kutcher, the only actor on this list who has not previously collaborated with Franco, most recently appeared in Annie and Jobs. He's repped by CAA, Untitled Entertainment and Sloane Offer.

Levin starred on TV series Red Band Society. Her recent film credits include Palo Alto (which was based on a book by Franco) and The Way Way Back. She's repped by CAA, Principato-Young, and Felker Toczek.

Tipton appeared in Franco's most recent directorial effect, In Dubious Battle, which has not yet been released. He recent credits include Mississippi Grind and Two Night Stand, and she's repped by CAA, Mosaic and McKuin Frankel.

Haze also appeared in Dubious Battle, and Franco's other recent films, The Sound and the Fury, Zeroville, As I Lay Dying and Child of God. He has a slew of projects in post, including Jeff Nichols' Midnight Special with Kirsten Dunst. He's repped by ICM Partners and Jackoway Tyerman.

Lord-Taylor plays Oswald Cobblepo on the popualar TV series Gotham. His other credits include Another Earth and Would You Rather. He's repped by Abrams Artists Agency and Untitled Entertainment.

It's 430 A.M. Just finished filming scenes with Garey Faulkner James Franco, Scott Haze, Josh Hartnett, Courtney Love, and Josh Hutcherson.. Interacted with every one of them in scenes. It was so awesome guys!!!

Just this past Saturday, Franco released first look photos from the set on his instagram. 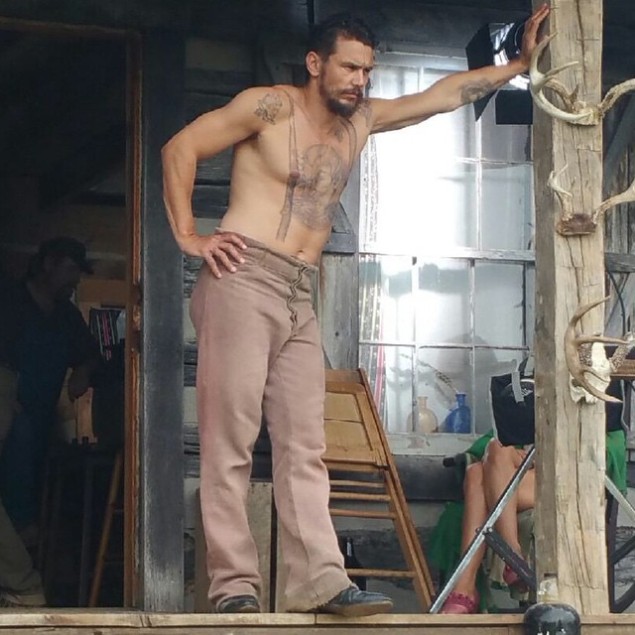