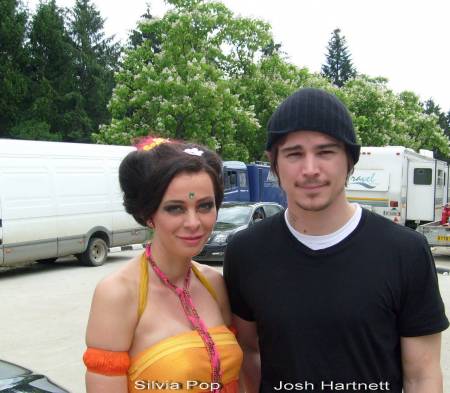 The first role I obtained in this movie……… The first role I got in this movie was shorthand writer but it was changedwith theodalisk where we filmed many days with Demi, the scenes were withher……For me this was an interesting experience…… naturalness and the way in which thesegreat actors behaving the shooting was impressive ...they were there…..it was natural, real, as Al Pacino said when he was asked in Scent of a Woman (he was blind) how does he think Chris O’Donell behaved on shootings…..and he answered “I don’t know because I haven’t seen him” exactly like Demi Moore and Woody Harrelson ….. they were natural as their role was their real life."