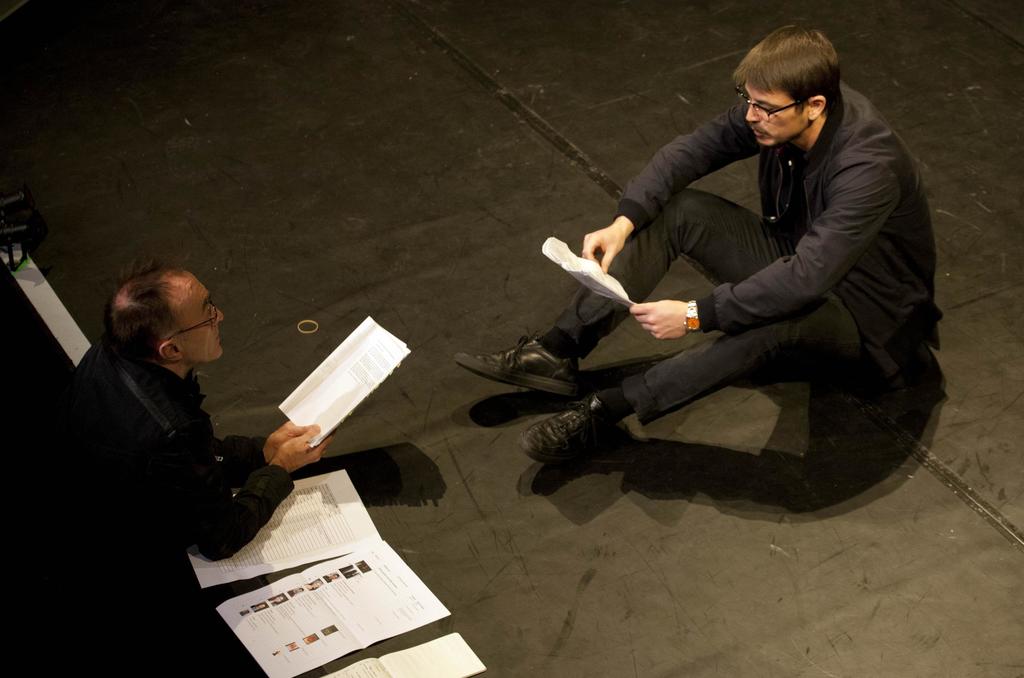 AN all-star cast, including Nicole Kidman and Josh Hartnett, have been brought together by director Danny Boyle to give a unique charity performance.

James McAvoy, Cressida Bonas and Benedict Cumberbatch were among the A-list names who starred in the Children's Monologues at London's Royal Court Theatre on Sunday night.

Each actor performed first-hand accounts from children growing up in the remote South African town of Rammulotsi to raise money for Dramatic Need, an arts charity helping vulnerable children in Africa.
X-Men and Trainspotting star McAvoy said: "All the pieces are about bad things happening. It's Dramatic Need, not Dramatic Sunday Club. There is a need for it.

"It's all sad stuff but there are some funny bits along the way. It's problems such as misogny - bad treatment of women by men, girls by boys.

"Getting the chance to work with Danny, who I've worked with before, he's fully in control and in charge even though it's going to be a whirlwind and all over the place, he's the guy you want in charge of something like that."

David Thewlis, best known for his role as Remus Lupin in the Harry Potter films, said he was always happy to "give a bit back".
He said: "There's also the enticement of working with some of the best actors in the world and Danny Boyle is one of the great directors of our time, he's made some of the best films of the past 30 years, so it was an easy decision really.

"It's always great to work with great people because it makes you better, I think."

He added that his piece is "one of the more light-hearted" ones.

"I'm a boy who's speaking about his love for his father and how impressed he is by the strength and size of his father. He compares him to a tree," Thewlis said.

"I'm waiting for my performance, I'm excited to do it.

"I don't know what the rest of the show is like at all, we've never all met before.

"That's always a little bit trepidatious just because it's the unknown but I'm not really too worried about the thing itself because it's what I do in fact, it's one of the only things I can do."

Hollywood star Josh Hartnett, who plays Ethan Chandler in the TV series Penny Dreadful, has a long-standing involvement with the charity.

"I'm working nearby in Dublin and was able to come by and be part of it and so I'm happy to help out in any way."
Hartnett, who has also starred in Black Hawk Down, Sin City and Pearl Harbour, added: "It's an effective way of getting the word out.

"These kids don't really have much of a voice to reach an audience like this if it wasn't for these actors."http://www.theboltonnews.co.uk/news/13895730.Danny_Boyle_leads_Nico...

Comment by paula on December 9, 2015 at 9:37am
http://dramaticnside Africa: The Children’s Monologues