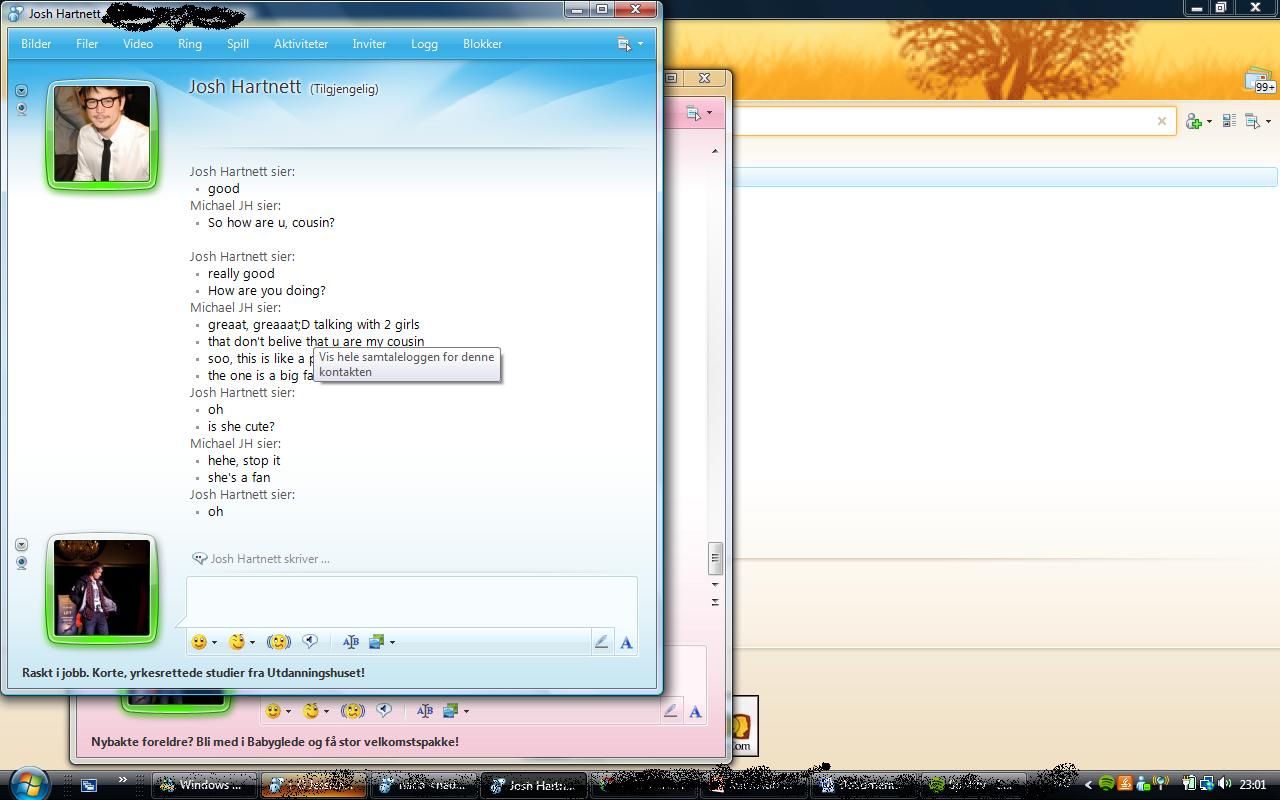 Comment by nada on September 8, 2009 at 12:44pm
ya sure i know that and we sure now he is a lair its ok i blocked and deleted him but i was just wanna u share this thanks :)

Comment by Rasha on September 7, 2009 at 9:20pm
nada there 's lote of people told u we r josh hartnett or brad or whatever they lie on good people like u
I don't know why they do something like this but I wanna told u that I know alot of arab Celebrities like u know and believe me it's not easy 2 talk with them and the famous never ever talk about his Personal life 2 anyone and them Always try hide them self cz It is not easy Trust with people

Comment by Rasha on September 7, 2009 at 9:07pm
nada I have 2 member on facebook and they r both have a same name Josh hartnett but they r not him ok
and u ask me about that befor and I awnser u baby

Comment by Annie on September 7, 2009 at 8:52pm
Nada I'm almost positive that Josh Hartnett is not on Facebook! (Well for us to follow) I myself am a member of one Facebook Fan site, ( http://www.facebook.com/pages/Josh-Hartnett/12863020419) where we just talk about him and add pic ........... almost like this site! Nada you're actually already a member on the page I'm talking about. But please be carefull as there are a lot of scammers out there!