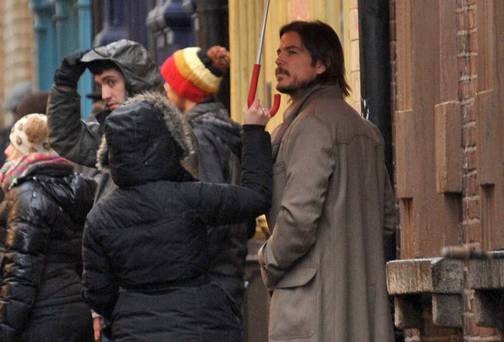 TOURISTS visiting the cultural hub of our capital were surprised to find themselves in Victorian London yesterday.

A production crew filled a section of Temple Bar with period costumes and 19th Century shopfronts as they shot scenes for the forthcoming drama 'Penny Dreadful'.

While it might not have been what visitors expected, they were delighted to catch a glimpse of Hollywood actor Josh Hartnett.

The 'Pearl Harbor' star has been based in Dublin since October filming the eight-part series, which reimagines the origin tales of some of horror literature's best-known characters. The film is worth €33m to the Irish economy.

Hartnett was not the only movie star in Dublin yesterday.
http://www.independent.ie/entertainment/movies/hollywood-on-the-lif...