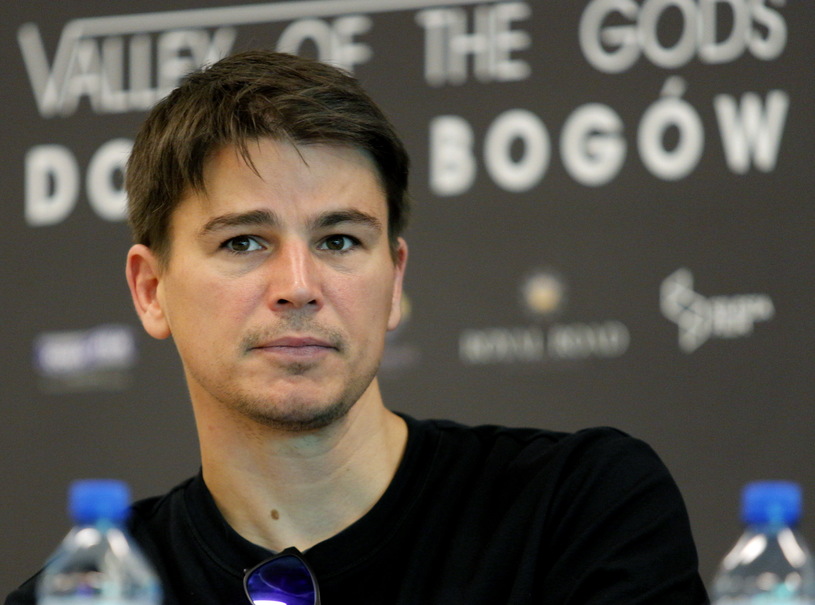 After recent photographs of Lower Silesia, the company moved to the province. Silesia - the film will be held in Katowice, Sosnowiec and Pless. On Monday, developers met with journalists. I was able to win the collaboration of great artists - it is a team of my dreams. When I wrote this story I did not expect to have such wonderful colleagues. I have a great team, a good camera and lens, I am in his hometown; What more could you ask for? - Said Lech Majewski. Eight years ago, also in the province. director of Silesia realized the pictures of one of his most famous film "The Mill". With the participation of actors like Rudger Hauer, Michael York and Charlotte Rampling Majewski "revived" Pieter Bruegel painting "Way of the Cross." When I saw "The Mill" I just wiped my chair; The film is like a movie - is a unique, singular experience. So I dropped the opportunity to work with the author of this brilliant work - said an American actor Keir Dullea known among film Stanley Kubrick ". The Mill" "2001 A Space Odyssey" in 1968. In addition, John Malkovich looked a few years ago I was happy when the opportunity arose to work with its creator - said 62-year-old artist, considered one of the leading actors of his generation.

Already during the first meeting with Majewski I thought working with him not only be an interesting art event, but also an interesting personal experience - rated Josh Hartnett, known among the American blockbuster "Pearl Harbor" and the movie "Black Hawk Down" . To Bérénice Marlohe, the actress known for, among others, part of the James Bond 'Skyfall', the key to the decision to play in the movie was the scene Majewski. I am impressed by the script; when I read it, I knew I wanted to be part of this project - said the actress. Morality, and fairy tale for adults "Valley of the Gods" ( "Valley of the Gods") - as the director said earlier - is to be a kind of morality and contemporary fairy-tale for adults, inspired by the legend Ullikummim Navajo hero; It is also a contemporary paraphrase of the "Citizen Kane". The film will be held today, both the real and the created world. The protagonist is an eccentric rich man Wes Tauros (John Malkovich), whose whole life to his mansion guest writer, John Ecas (Josh Hartnett). . Eccentric conducting experiments life Tauros about the possibilities offered money Majewski emphasized that on Monday, when he can, trying to realize their films in Katowice family - entirely created here, for example, the last film director "Onirica". . in addition to Polish cinema also it will be created in the state of Utah in the United States and Italy. In Katowice, Silesia Museum addition, the artists appear to enter the building of the district court; They will also be in the historic palace and park in Pszczyna and Dietl Palace in Sosnowiec. In the second half of May the photos were held in Lower Silesia - Wroclaw, Zamek and the Cistercian Abbey of Lubiaz. Last year, the scene was filmed in the Castle gardens Add.