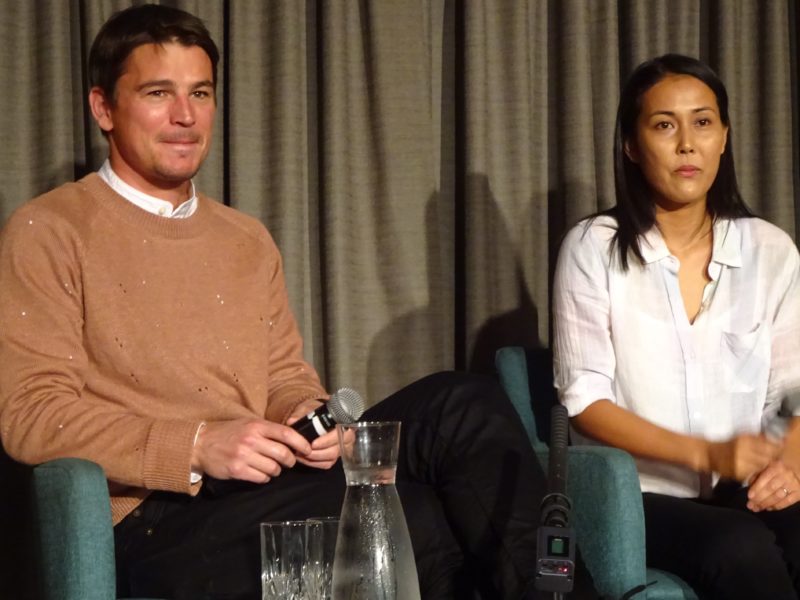 Actor Josh Hartnett and director Atsuko Hirayanagi have brought their film Oh Lucy! to London to open the 2017 edition of the Raindance Film Festival. The film is a study of a unique female character, as well as taboo themes that we are often too proud to discuss, including loneliness. “Because I’m attracted to characters who are very quiet, therefore they tend to be lonely. I think somehow I’m gravitated towards people who don’t speak, because I know they have so much that they want to talk about. So therefore I think they’re just alienated people,” says Atsuko of her lead protagonist Setsuko.

Sociocultural identity is another key theme prevalent throughout Hirayanagi’s film, which was shot in both Japan and Los Angeles. “For me that’s positive in life to not be constrained by your idea of yourself,” says Atsuko. “There is some kind of rebellious nature in Josh [Hartnett], I think… All the characters in a way has the need of rebellion… to kind of define who they are. So I think that kind of attracted me [to Josh]. And he’s a very serious actor. And he’s so good looking,” she exclaims teasingly.

“[Atsuko’s] definitely been rebellious in the way that she’s approached making film, and not taking the easy road,” says Josh. “She attracts really interesting people because she’s an interesting person. That’s kind of what makes making films so nice sometimes… You find yourself in a position where you’re actually going out to make something with people that you’ve never met before, and you have to have a sort of a shared idea or shared consciousness about what you’re trying to create.”

Part of what has attracted Josh to independent cinema is the interesting people he gets to work with, as well as the lack of interference from a potential studio “fly in the ointment”. “I feel like when you’re having a conversation with the director, that’s the final note. There’s not going to be someone else coming in with a note later that changes everything. And it feels nice to feel that sense of stability on set,” he explains. “Interesting people attract interesting people, and that’s a good thing for a film. Atsuko’s a good thing for a film.”