Josh Hartnett gets into character on set of his new movie a few days earlier in Prague, Czech Republic. Reeve Carney sports a serious mustache while posing at a season two screening of his hit show Penny Dreadful held at at Tribeca Cinemas on Thursday night (April 30) in New York City.

The 32-year-old actor/musician was joined by his brother Zane.

During the Q&A portion, Reeve confirmed that his character Dorian Gray will be getting a new love interest this season!

Don’t forget to tune in for the second season premiere of Penny Dreadful this Sunday, May 3 @ 10PM on Showtime!

Also pictured below: Reeve‘s co-star Josh Harnett gets into character on set of his new movie a few days earlier in Prague, Czech Republic. 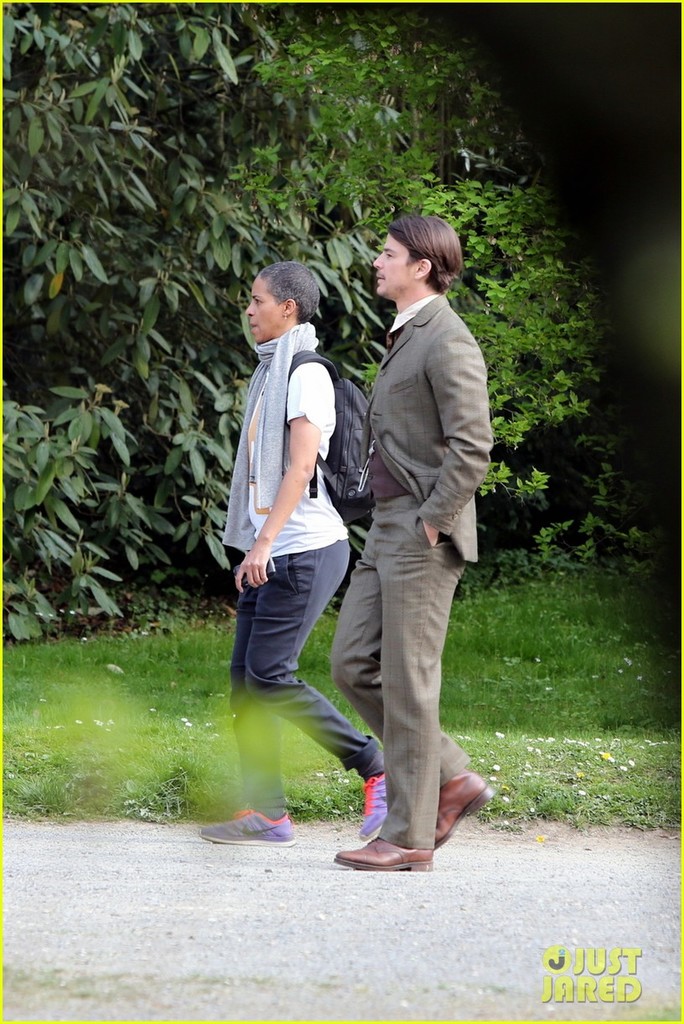 What´s the movie about?