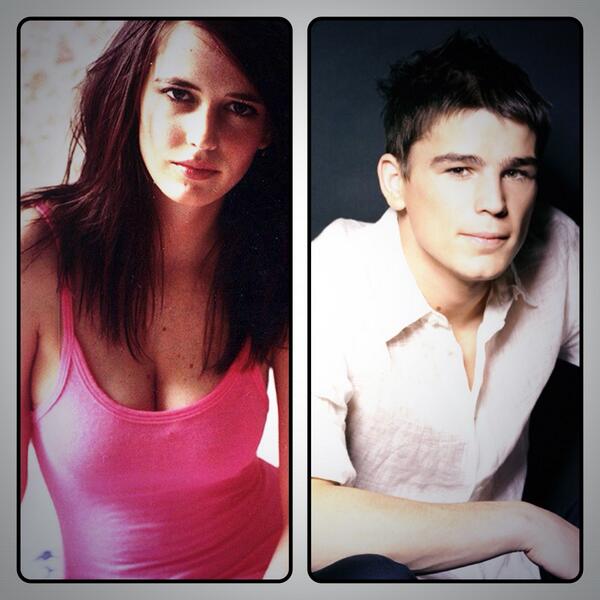 Eva Green and Josh Hartnett star in Penny Dreadful. Superexcited to Work with Them!

The series ambientará in Victorian London and in it we find a variety of literary characters (as Dorian Gray), including gothic horror monsters like Frankenstein and Dracula.

Hartnett will Ethan Chandler, a man of action, violent and troubled past, and Green is Vanessa, the enigmatic and seductive main heroine of this series.

( translated from Spanish to English)

translated from Spanish to English

‘Penny Dreadful’, a new Showtime TV series from ‘Skyfall’ creators John Logan and Sam Mendes, will be filmed in Ardmore Studios from 7th October to March 2014 - IFTN can exclusively reveal.

The series was widely reported to shoot in London in the second half of 2013 but a source in Mendes' production company Neal Street Productions confirmed to IFTN that filming will now take place in Ardmore Studios and locations around Dublin.

This is not the first time Ireland has been used to double for Victorian-era London, with ‘Ripper Street’ successfully managing just such a feat.

Hollywood actors Josh Hartnett and Eva Green will star in the eight-part series, which will focus on some of horror literature's most famous characters and their origin stories - including Dr Frankenstein and his creature, Dorian Gray and characters from Dracula.

‘Penny Dreadful’ marks the second major collaboration between Logan and Mendes, co-writer and director of ‘Skyfall’ respectively, and their first for TV.

Mendes, winner of the Best Director Oscar for ‘American Beauty’, will executive produce the show along with Neal Street Productions’ Pippa Harris, with whom he previously worked on ‘Revolutionary Road’.

John Logan, creator and writer of 'Penny Dreadful', has been nominated for three Oscars for his writing work on ‘Gladiator’ and Martin Scorsese’s ‘Hugo’ and ‘The Aviator’.

President of Showtime David Nevins said of the series announcement: ‘John Logan and Sam Mendes are two of the great storytellers of our time. The visual spectacle combined with the psychological insight in their reimagining of these iconic literary characters seems totally mesmerizing to me. This promises to be a wholly original television show.’

‘The Tudors’, another hugely successful Showtime series, was also filmed at Ardmore Studios.

Sam Mendes also recently confirmed that he will return to direct Bond for the 24th film in the series, again to be scripted by John Logan, for release in 2015.

Juan Antonio Bayona dump is already in his new job, Penny Dreadful. The recent winner of the National Film awards 2013 will jump to Hollywood with the direction of the first two episodes of this series, which will feature Eva Green and starring Josh Hartnett. Bayonne is thrilled at his personal Twitter account with the announcement of the actors. The Catalan director is in Barcelona this summer immersed in preproduction.

The project, created by John Logan-scripted by Oscar nominee Hugo, The Aviator, or Gladiator-for Showtime, is a psychological thriller that will begin shooting this fall in London, and is scheduled for release to the year.

Penny Dreadful will focus on the origins of some of the characters of the most famous horror literature. Frankenstein, Dorian Gray, Dracula Jack the Ripper or attack the London of the Victorian era. Hartnett will play Ethan Chandler, an American trapped in the dark corners of London that you will be enchanted by Vanessa Ives (Eva Green), a woman full of secrets and dangers.