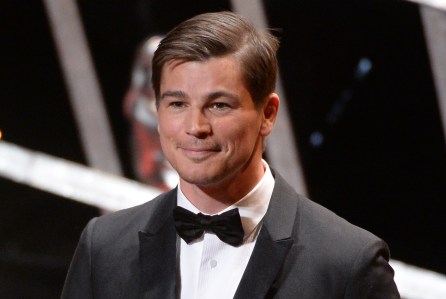 Josh Hartnett continues to book gigs post-Penny Dreadful. The actor is in advanced negotiations to star in The Last Draw of Jack of Hearts, an indie espionage thriller from writer-director Guy Moshe. If the deal makes, Hartnett would start filming on the pic in Italy in March, after he wraps A Moment to Remember.

He would play Jack, the former top dog of an elite mercenary outfit, who is shot in the back and left for dead during a covert operation in Africa. He returns to his old base in Naples to right past wrongs and reunite with the woman he loves. But this second coming spirals ever more violently amid a tale of love, loyalty and betrayal.

Hartnett starred for three seasons on Showtime’s Penny Dreadful, which aired its series finale in June. He next will play an Olympic hockey player in 6 Below and is starring opposite Charlotte Rampling and John Rhys-Davies in Lech Majewski’s sci-fi pic Valley of the Gods. He is also set as the lead in Gut Instinct, a police thriller from writer-director Daniel Roby. Hartnett is repped by UTA, Management 360 and Sloane Offer.

Josh Hartnett in Talks for ’Jack of Hearts’