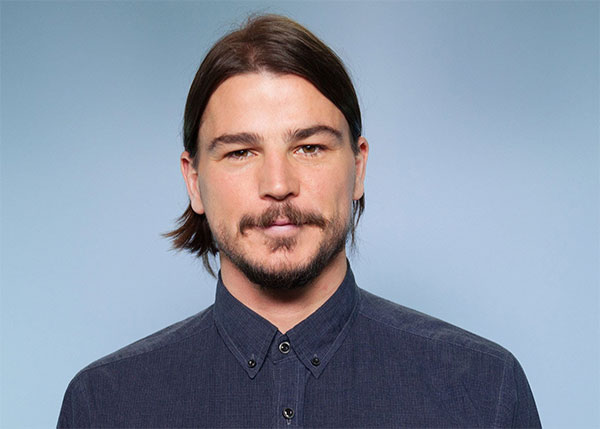 Showtime's dark and haunting monster series Penny Dreadful has aired two episodes of its sophomore season, which have set the stage for another exploration of pure, unadulterated terror. As Josh Hartnett's Ethan Chandler says, the entities that have the woman who faced the devil himself cowering in her room must bring untold horrors with them. Thus far, the witches who hunt Eva Green's Vanessa Ives have delivered.

Yet, it's not just Vanessa who finds herself stalked by a relentless enemy. As Hartnett said when we sat down to speak with him about the series, the hunters have become the hunted in Season 2.

Ethan is trying to find out how this happened and if there's anything he can do about it, but that's tempered by a lot of aggressive supernatural entities.

"All of the characters are going into a new state of awareness of themselves this year," the actor reflected. "At the same time, we're under attack. As last year we were hunting, now we're hunted. We all have people after us."

In the midst of a full-scale onslaught by what are some of the most chilling and truly frightening witches we've seen depicted on television in recent memory, Ethan finds that he can no longer run from the Wolf Man that he - against his will - becomes. As yet, the character isn't even fully aware of the monster that lives within him.

"Ethan is trying to find out how this happened to him, and if there's anything he can do about it, but that's tempered by a lot of aggressive supernatural entities," Hartnett laughed.

During production on Penny Dreadful's first season, creator John Logan never wanted viewers to be spoiled and discover that the charming Ethan would eventually become the iconic monster, so rather than refer to him as the Wolf Man, they would call the inner wolf "Brian."

"We would say I as going into do make-up tests for Brian," Hartnett explained. "Full Brian takes about 6 hours."

They still call the creature Brian, which makes him sound a bit more cuddly than he actually his.

"I never wanted it to be like any of the other versions," Hartnett said of his approach to the character. "There's nothing interesting about rehashing something that's been done in the exact same way. Our version is organic to this character and that's all that matters to me. When you're taking on something iconic you can't spend too much time worrying about other people's interpretation of a role you're playing now."

Hartnett says that their take will draw more from Ethan's origins in New Mexico and Native American traditions. However, as of right now, the actor's not even certain if Ethan was bit or is a shapeshifter, or what the exact genesis of his transformation is.

In fact, Hartnett explains that Douglas Hodge's Detective Bartholomew Rusk is more clear on who and what Chandler is than Ethan himself.

"Unexpected people come back into his life, and he discovers that he's a wolf," Hartnett explained. "Then there's a lot of figuring out how he deals with that. Ethan has to figure out if this thing that he's held all of this guilt about could be a blessing as well. That will lead to a lot of psychological machinations over the season."

The Bride and Frankenstein's Creature
“

[As to Dorian], things always get a little awkward after a one night stand.

Billy Piper's Brona Croft has been reborn as "Lily", or what we'd assume is the Bride of Frankenstein. Hartnett says her regeneration will bring with it surprising twists and turns, however.

"I wouldn't assume we know exactly what she is," the actor said. "The show, and John, sets you up for expectations of typical horror tropes, but some of them aren't exactly what you'd imagine."

The Creature's desire for a mate cannot be denied, but we already get the sense that things may not unfold as poor Caliban/John Claire would like. All of the elements for a clash between the Creature and Ethan are in place, should Ethan discover what's become of his beloved Brona.

"There is a potential conflict that will come up," Hartnett teased. Adding, "But it's not the center of this season."

As we've seen, Reeve Carney's Dorian Gray is separate from the group, yet we have to imagine that he'll return at some point to rejoin the thrust the central conflict. As to his relationship with Ethan, however, Hartnett says it will not be a romantic one.

"Dorian is, in our show, he's quite a sexual predator," Hartnett said with a wry smile. "He doesn't fall into the the normal categories that we've created for relationships. Ethan and Dorian's relationship was a one-off for Ethan, though."

As to whether there may be some discomfort between them when Dorian returns, Hartnett laughed, "Well things always get a little awkward after a one night stand."

Helen McCrory's Evelyn Poole/Madame Kali is the central nemesis, but the series never fully wrapped up the story with Dracula in Season One - we never met the master.

"Dracula lingers," Hartnett explained. "He's got to be a big presence when he arrives. This year, the focus is the witches. Those are the main antagonists of the season. But [eventually] Dracula will have a major role to play."