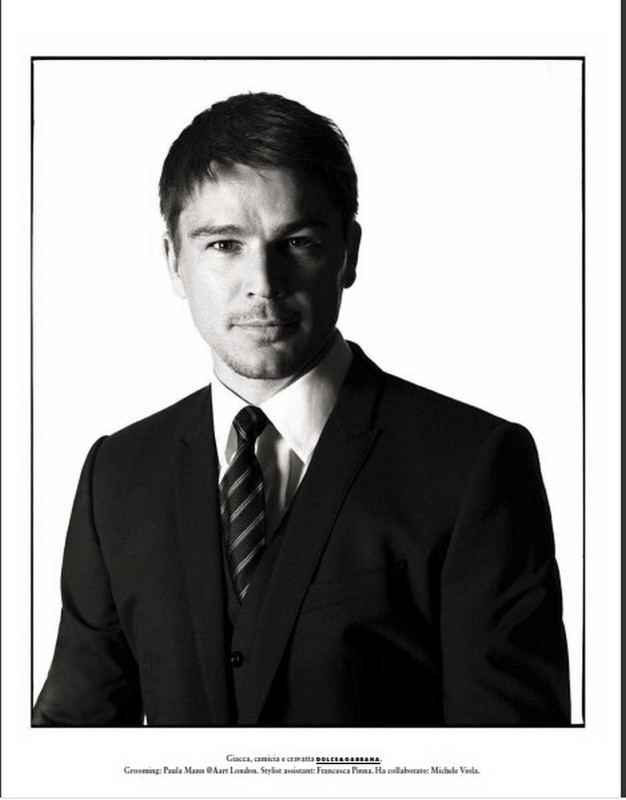 The actor interview over backwards to Hollywood. Thanks to a master of photography such as David Bailey

It is a rare privilege to interview this thirty-eight years that adheres to the utmost discretion in dealing with the media. You just aired the last season of Penny Dreadful, tv serial epic of which Sam Mendes is the executive director. However it is not in London to promote: lives there with his girlfriend, the actress Tamsin Egerton, and their daughter was born recently. It is not even here to talk about this, being a staunch defender of his privacy. My guess is that the opportunity to be photographed by David Bailey for GQ was too tempting to be refused. "I am delighted to have been able to spend time with an artist of his stature," says Hartnett. "I have worked with many great photographers, but Bailey is inspired by the character of Blow-Up (historical films of Antonioni in 1966, editor's note), and Blow-Up Inspired Austin Powers! It was exciting to learn about a character who has had such an influence on the beginnings of my career.

And I discovered that it is also very affectionate. "

Among the notable films in which he participated Hartnett remember Lucky Number Slevin, Black Hawk Down and The Black Dahlia. But no less interesting of his roles in film is the trajectory that has followed in life: Josh is a man who has written for itself its own script, and to hell with the consequences.

"I soon found out the interest of the media he exaggerated for my personal life. I needed a place to retire, and I did not have. So I decided to give me Tempoe space, to get reacquainted with the people I cared about and better understand myself, instead of always being around with people who wanted something from my career. "