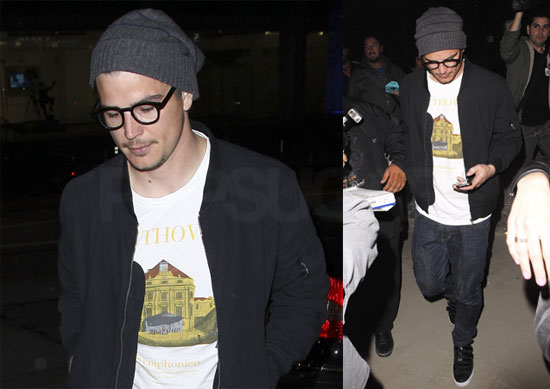 Josh Hartnett joined the likes of Lindsay Lohan last night to let off some steam at the Trousdale club in LA. He was solo on his way out afterwards, but as usual Josh isn't lacking
for female company. He was linked to Mary-Kate Olsen after her split
from Nate Lowman and was supposedly spotted out with newly-single
Abbie Cornish in Santa Barbara. Josh was also seen recently
spending time with an even more photogenic companion when he went
through security at LAX with his adorable new puppy.
Source

Comment by Yuliya on April 15, 2010 at 2:26pm
I saw Josh in Rain Man in London and loved every second of the play. The audience was simply taken by his powerful performance and total magnetism. Well done, Josh.