Josh Hartnett on Dating Co-Stars and Getting Naked on Screen 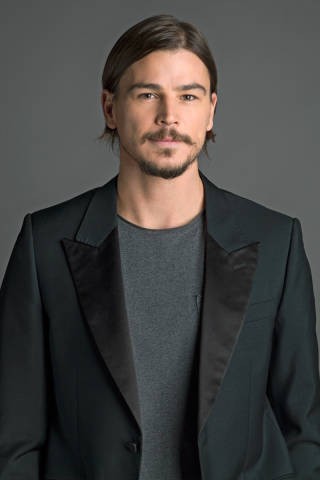 Interview with Elle Magazine, May 2014 Issue

Josh Hartnett's turn-of-the-century Hollywood heyday was as full throttle as it gets. But as Mickey Rapkin learns, after a few years out of the public eye, this former heartthrob is laying down some enlightened laws of attraction

Josh Hartnett on making a habit of dating female co-stars: “I don’t recommend it to young actors. [Laughs] You can make a lot of enemies in the business that way. But when you work with somebody every day, it’s like trial dating. You develop a fantasy about them. It doesn’t always work out, does it?”

When you’re dating someone like Scarlett Johansson, you’re not allowed to complain about it: “Your friends want to hear all about what you’re doing. But they don’t want to hear any complaints. Back when I dated a few very beautiful, very famous girls, I said something once – it wasn’t really a complaint – and my buddy said, ‘Oh my God, my diamond shoes are too tight.’ He coined the phrase.”

On being comfortable naked in the new Showtime series, Penny Dreadful: “I’m comfortable naked – in my life. On film, if it doesn’t help the story, it’s not my favorite thing. I do show some stuff in the show, but I fight to make sure that it’s funny or character driven.”