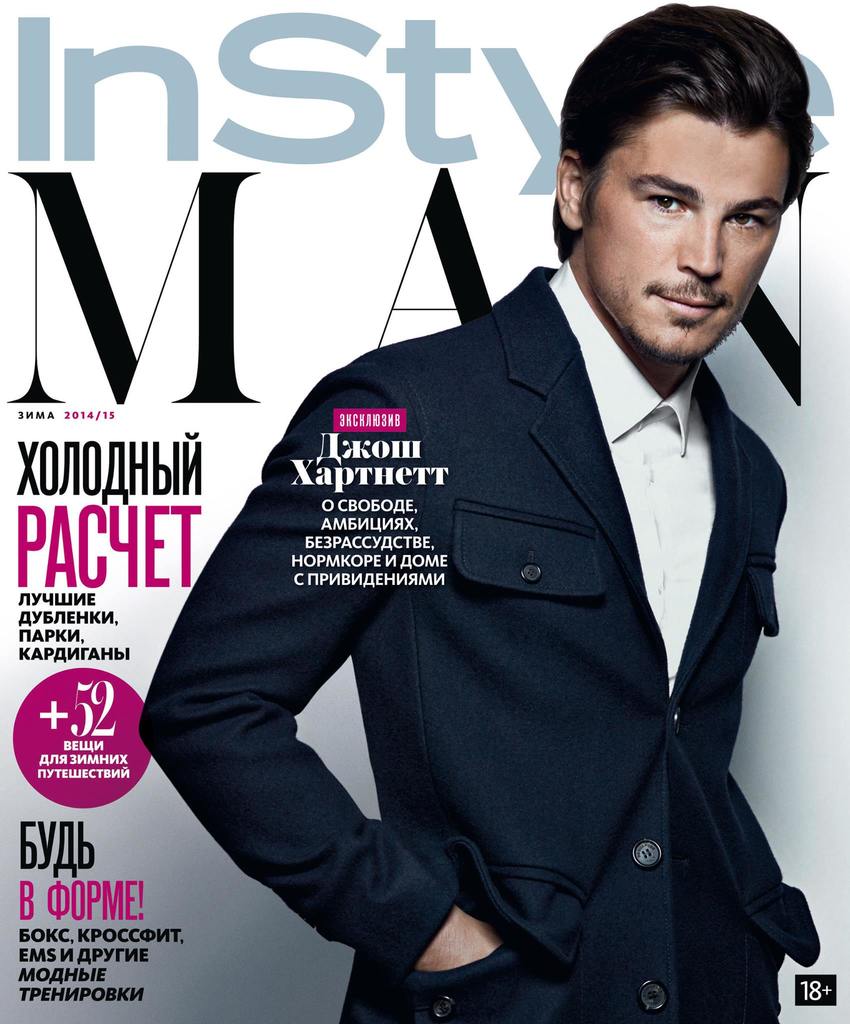 On the cover of InStyle rooms winter MAN-Josh Hartnett! The actor spoke about freedom, ambitions and recklessness. Do not miss! Josh Hartnett 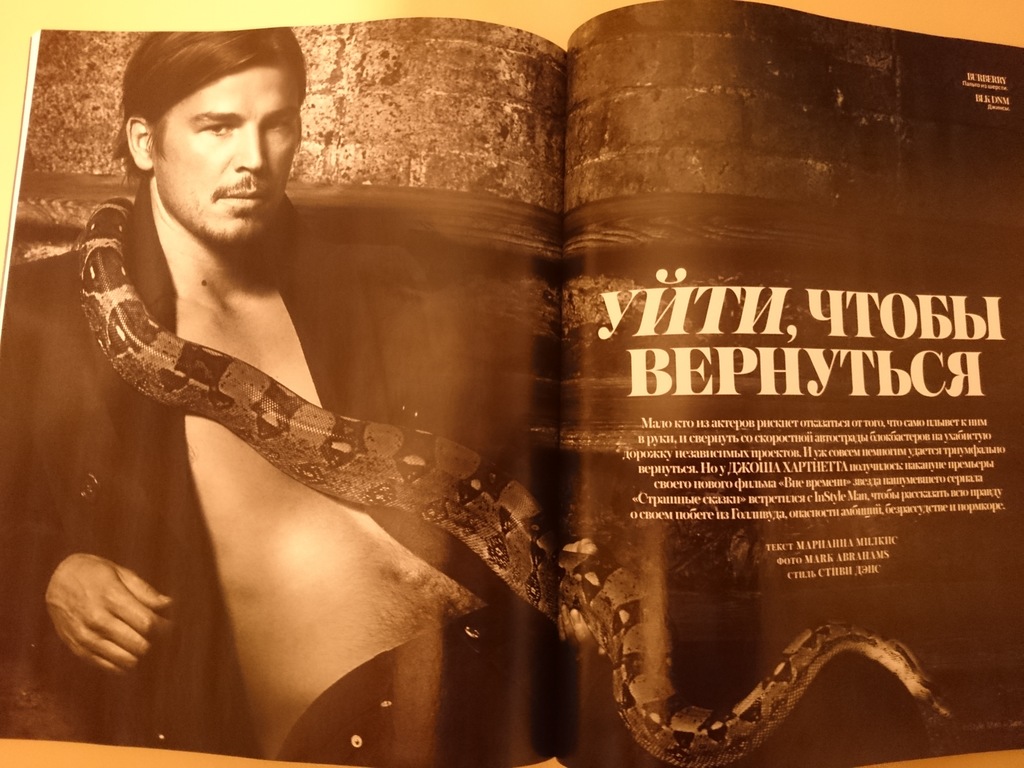 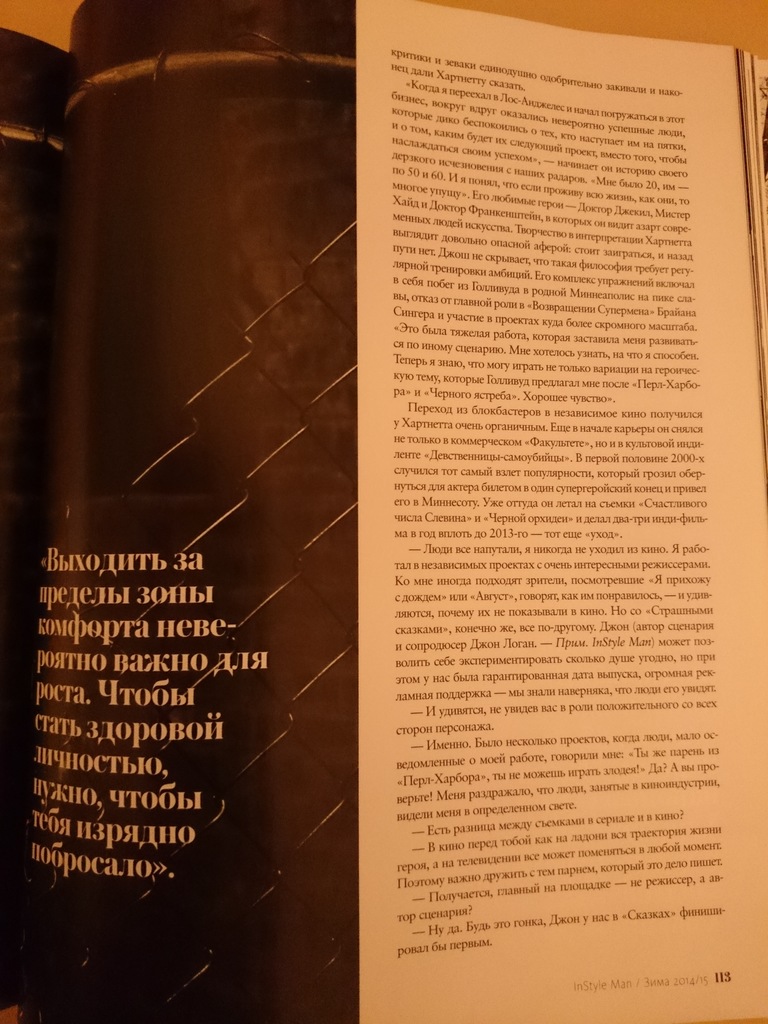 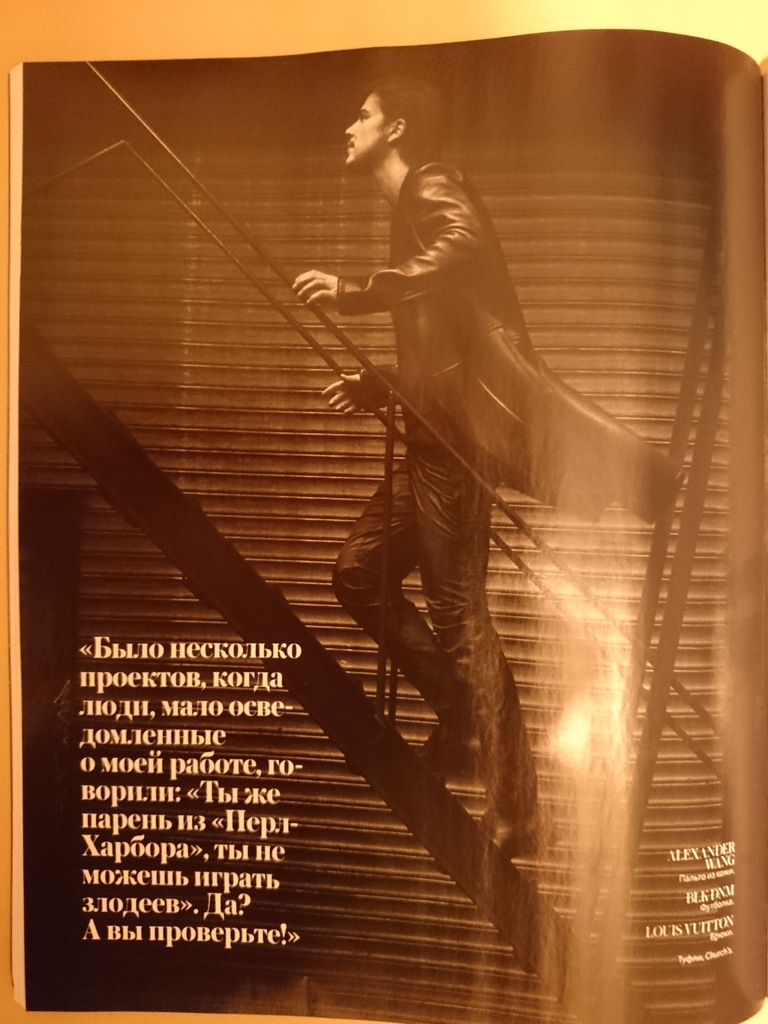 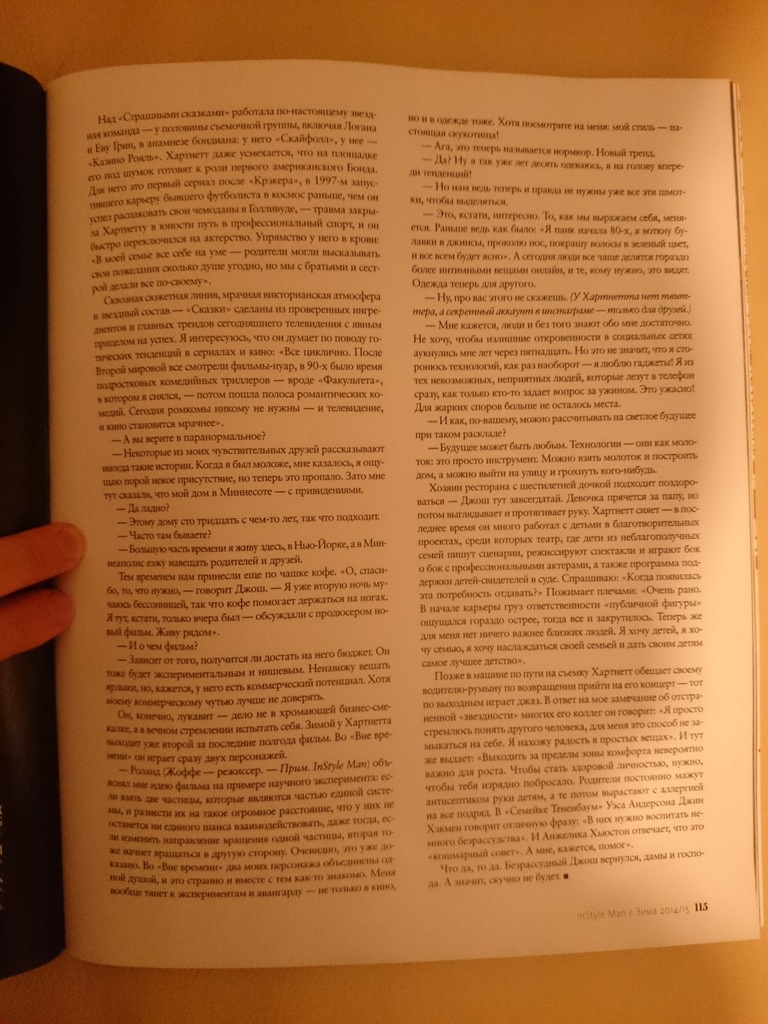 Many, many thanks to:

Go Away To Come Back. Josh Hartnett for InStyle Man (Russia) - Winter 2015


“When I came to LA, there were a lot of successful people who were worried about those who are at the back of the pack. They were 50-60 years old, and I was 20 so, I realized that if I lived my life like they did, I’d miss something very important”.

His favorite heroes are Dr. Jackyll, Mr. Hyde and Dr. Frankenstein – he feels they have a passion like our contemporary artists. Creativity in his interpretation is a dangerous affair: if played too long there is no way back. He admits that such a philosophy requires constant training of ambitions. “It was hard work that made my development in different scenarios. I wanted to know what I can do. Now I know I can play not only a variation on the theme of heroic. It’s a good feeling”.

- People are confused. I never left the cinema. I was working in indie projects with interesting directors. Sometimes people come to me and say that they liked August or I Come With The Rain and ask why those movies were not shown in theaters. But everything is absolutely different with Penny Dreadful. John Logan can afford to experiment as much as he wants, but we have the guaranteed release date and a powerful promotion. We are sure that people will watch it.
- And will be surprized not to watch you as a completely positive hero.
- Indeed. I’ve had some projects in which people who didn’t know a lot about my work told me “You’re the guy from Pearl Harbor! You can’t play a villian!” Really? Let’s check! I was irritated that I was seen in one color.

-Is there a difference between filming a movie and the series?

- You know the whole trajectory of life of your character in a movie before filming, but everything can change at any time in the show. That’s why it’s very important to be a friend of guy who writes all that stuff.
- So, the main boss on set is the writer, not the director?
- Yes. If it was a race, John will be a winner.

He is joking about the possibility to become the first American Bond, because part of cast and crew, including Timothy Dalton and Eva Green, had a relation to different Bond movies.

Stubbornness is in his blood.
“In my family, we’re all a tough nuts. Parents could express their wishes as much as they like, but my siblings and I did every thing in our own way.”

I am interested in what he thinks about the gothic trends in cinema.
– Every thing is cyclical. After the Second WorldWar, everybody watched films noir. In the 90s it was a time for comedy thrills, like “The Faculty”. Then it was a time for romcoms. Now nobody needs romcoms and movies and TV become darker – it’s time for gothic drama!”
- Do you belive in paranormal activity?
- Some of my sensitive friends tell sometimes such stories. When I was younger, I sometimes felt certain presence,but then it was gone. But I was told that my house in Minnesota is Haunted.
- Really?
- My house is approximately 130 years old, so it could be.
- Do you go there often?
- Most of my time I live here in New York. I come to Minnesota to see my parents and friends.
The only thing I need now is a coffee. I’m suffering of insomnia for 2 nights. So, coffee helps me. I was here (in this restaurant) yesterday. We discussed a new film with a producer. I’m living not too far from here,
- And what’s the movie?
- Depends on if we can get it funded. It will be an experimental and niche. I hate to hang tags but I feel it has a commercial potential. Although, I think it’s better not to trust my commercial instinct.

We’re talking about his new movie ‘The Lovers”.
- Roland (director) explained to me the idea of movie as a scientific experiment. If we take two particles, which are the part of a big system and separate them at a distance that they can not interact, and change the axis of rotation for one particle. Another particle will change its axis as well. It has already proved by scientists. And in this movie two of my characters are united by one soul. It’s strange but familiar for me at the same time. I’m generally drawn to experiment and avant-garde. Not only in movies but also in clothes! No, look at me – my style is a solid boredom!
- Now it’s called normcor. It’s a new trend.
- Really? I’ve been dressing like this for maybe 10 years. I’m ahead of the trends!
- But we don’t need all those raggery to stand out from the crowd.
- It’s interesting. The way we express ourselves is changing. How was it before? I’m a punk! Let’s stick pins in jeans, pierce the nose, dye hair green!But today people often share more intimate things online. And every one can see it. Clothing now is for other purposes.
- This is not true for you. (Hartnett doesn’t have an official twitter account. His secret Instagramm is just for friends).
- I think people know enough about me without my presence in social platforms. I do not want to get my revelation on social networks responded to me in 15 years. But it doesn’t mean I avoid technology! I love gadgets! I’m the kind of impossible, unpleasant people who searches on the phone at dinner, to clarify something. It’s terrible! No space left for a heated debate.
- And what is a bright future in this case?
- The future can be any. Technology is just a tool. It’s like a hummer! You can take a hummer and build a house, or you can take a hummer and kill somebody.


The restaurant owner with his six-year daughter come to greet him. Hartnett beams with joy. He’s worked with kids a lot for charity.
- When did your need to give start?
- Very early. I felt it my responsibility as a celebrity, so I started it. But now there is nothing more important for me than my close people. I want children, I want family and I want to enjoy my family and to give my kids the best childhood.


Later when we drive to the photoshoot he promises to our Romanian driver to come to his concert on the weekend ( the driver plays jazz). He explains to me “I’m just trying to understand another person. It’s a way not to withdraw into myself for me. I find fun in simple things”. And continues: “Going beyond the comfort zone is incredibly important. You need to be worn down by life. Parents constantly smear hands of children with antiseptic and then kids have allergies to everything. There is a great line in The Royal Tenenbaums “They need to raise a bit of recklessness”. It helped me”.
Many thanks: 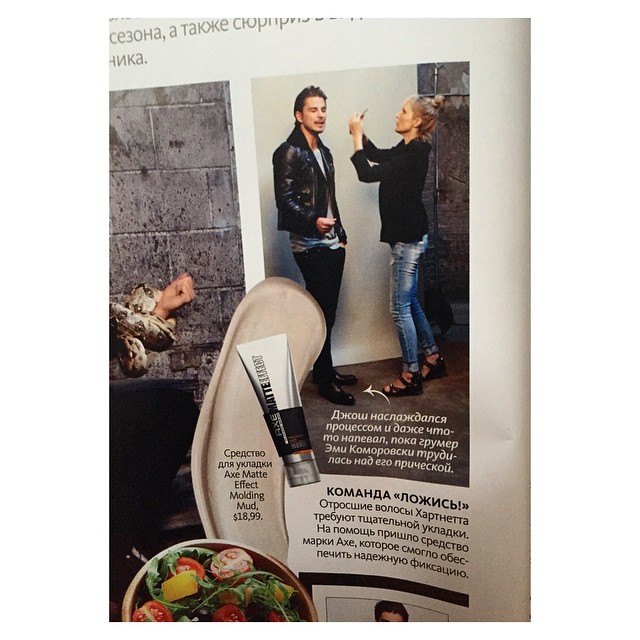