Josh Hartnett: Penny Dreadful 'may hurt you a little bit' 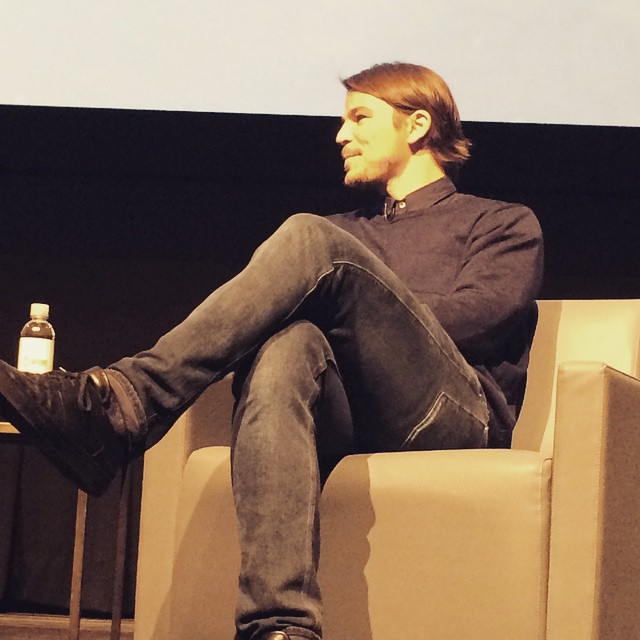 Josh Hartnett's character in Penny Dreadful could be running out of continents in which to hide.

“There are seven continents,” Hartnett said with a laugh. “How many seasons will this show go?”

Perhaps they already are scouting locations in Antarctica for season seven.

Kidding aside, it's back to creepy 1890s Victorian London, England for season two of Penny Dreadful, which debuts May 3 across Canada on The Movie Network and Movie Central (as well as channel-of-origin Showtime in the United States).

Penny Dreadful exists in a landscape where many of literature's most infamous characters from that spooky and dangerous period actually exist, alongside other characters created specifically for the show. So, you know, there's the likes of Dorian Gray (Reeve Carney) and Dr. Frankenstein (Harry Treadaway) and his “monster” (Rory Kinnear) all lurking about in the foggy shadows.

Hartnett plays Ethan Chandler, an American who got sucked into these gruesome and devilishly dark supernatural battles by Vanessa Ives (Eva Green) and Sir Malcolm Murray (Timothy Dalton). But at the end of season one, we found out something about Ethan that kind of changes everything.

So consider this a SPOILER ALERT if you aren't up to date on Penny Dreadful and want to keep it that way.

If you are caught up, you know that Ethan was revealed to be a werewolf.

It previously had been indicated that Ethan was escaping some sort of shady past in North America, but we didn't have details. And now Ethan has been involved in a murderous incident in Europe. Hence my comment to Hartnett about his character running out of continents.

“I would love to see a happy Ethan, but the way John (Logan, creator of Penny Dreadful) has set up these characters, they're all very conflicted people with dark histories and probably dark trajectories,” Hartnett said.

The thing is, Ethan is the character I'm most hoping survives all this.

“Good, I'm glad you think that of him,” Hartnett said. “But we'll see, it may hurt. The show may hurt you a little bit.”

Penny Dreadful hurts lots of people, but it's usually the ones in the show. The 10-episode second season sees Ethan and Vanessa forming a deeper bond as even more sinister forces conspire against them. Ethan was keen on getting the heck out of town after what happened at the end of season one, but that might not be possible now.

Hartnett, of course, has been a showbiz staple since his role on the American TV version of Cracker (1997-99). Then it was all movies for Hartnett – more than 30 of them, and some really big ones, such as Pearl Harbor and Black Hawk Down – between Cracker and Penny Dreadful. I joked with Hartnett that there are more music videos listed on his Wikipedia page (four) than there are TV shows (two).

“With (Penny Dreadful) in particular, I knew that if you're going to be collaborating with someone for possibly several years, you want somebody that's committed, who loves their project and has a great track record,” Hartnett said. “John Logan (Hugo, The Aviator, Gladiator) was top of the list.

“The material is as important as it ever has been, but more than that lately, my focus is the collaborators. I never would have thought a Victorian horror show would be the one that really draws me to do television. But that's not it. It's not the concept. It's the people.

“I try to be very practical about my career, and I feel really blessed with all the opportunities I've had. I've had a chance to do almost every style of film, on almost every continent except Antarctica – so far.”