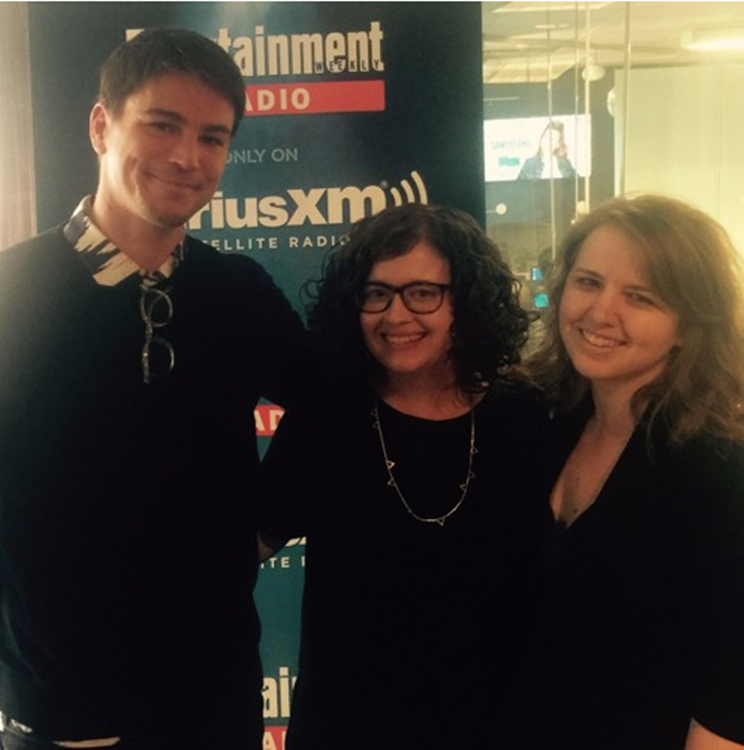 The push and pull between Hartnett’s tortured Ethan Chandler and Green’s equally tortured Vanessa Ives is so natural it almost feels unplanned — so when Hartnett stopped by Entertainment WeeklyRadio (SiriusXM, channel 105), we asked him if it was. Hartnett says that a romance between their characters was always in the cards, but, he adds, “I also think that the chemistry sort of made itself evident early on to people.”

“That’s the great thing about working on TV, which I’d never really anticipated,” Hartnett says. “It’s kind of organic in that way. If something is working, then you can take advantage of it. If something’s not working, you can shy away from it.”

As for what hasn’t worked, the actor points to early ideas about his character. “I didn’t see this guy as this ne’er-do-well cad who just drinks a lot and screws around with everybody he sees,” Hartnett says, “because it’s just boring. We’ve seen that a million times. If he’s doing that, he’s doing that for a reason, because he’s really hating himself.

“When we first started, I just sort of said to John [Logan, showrunner], ‘I see him at this stage in his life just trying to kill himself, really.’”

Hear Hartnett’s full breakdown of his character in the SoundCloud clip above. Penny Dreadful returns May 1 at 10 p.m. ET on Showtime.