So what's the deal on I Come With the Rain? The Josh Hartnett action thrilla with a good international cast, solid backing by the likes of StudioCanal, and maybe even a score by Radiohead should be one of those movies we're talking more about. But either distributors in the U.S. aren't interested or the production companies are seeing how it fares overseas, where it probably has a better shot at commercial success.

It begins as a fairly straightlaced detective movie, with retired cop Hartnett traveling to Hong Kong to search for a missing son of a billionaire. But he becomes haunted by memories from his own past and the case of a serial killer that forced Hartnett to leave the force in the first place.

I hope we do get to see it sooner than later. It might pop up at Toronto in September, but the film is already going to be finishing its run in Japan and a few other international markets by then, so maybe it will get fast-tracked into the post-Labor Day U.S. bargain bin.

I dig the poster: 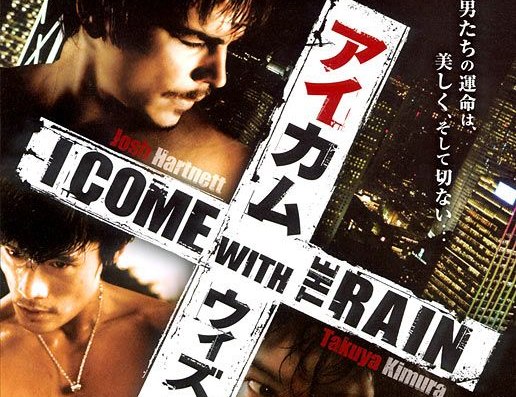