Off Plus Camera Festival in Krakow on April 12 The most important part of the Off Plus Camera and competitions. The main competition, "Paving the Way", it has always been the heart of the festival, which was set up to support young, unknown artists. The competition will be attended by 12 films, which can hardly be seen in Polish cinemas. It will also check that the festival jury finds them to be the best and get the Krakow Film Award of $ 100,000 - PAP said festival artistic director Anna Trzebiatowska, during Monday's press conference.

The festival will open screening " Lust banker , "directed by Costa Gavras, winner of the Golden Palm for his painting" Lost "and the Oscar award for" Z ". The director has personally attend the opening of the festival in Krakow. Among this year's guests included actors, directors, journalists, film critics and producers, including Udo Kier , John Rhys-Davies , Ruth Myers , Jeanne McCarthy , Melissa Leo , Stephen Dorff , Nick Moran and Josh Hartnett .

off plus camera  sixth day

He moved Off Plus Camera Festival. "We are becoming more attractive '

Festival name: Off Plus Camera – International Festival of Independent Cinema

About: This increasingly dynamic festival of independent cinema is geared towards young and debut directors. Taking place in the picturesque southern Polish city of Krakow, the festival is staged in former palaces – such as the Pod Baranami cinema and Kino ARS just off the main square – and, to a lesser extent, at all seven of the city's other art-house cinemas. This year's festival will also offer rooftop screenings, "for those who like extreme sports", according to the artistic director. By attracting more sponsors and by vastly improving organisation and publicity, Off Plus Camera has developed rapidly under the auspices of festival director, Szymon Miszczak; artistic director, Ania Trzebiatowska (who formerly worked on BBC's Arena); and Poland's brilliant young film-critic, Michał Oleszczyk.

Above all, 12 directors – including Shane Carruth with Upstream Color, Daniel Hoesl with Soldate Jeannette, and Michael Noer with Northwest – will be competing for the international dramatic competition Making Way with a $100,000 (£65,000) prize. The four-person jury includes the UK's John Rhys-Davies and Ruth Meyers, and is chaired by one of Poland's leading directors, Lech Majewski.

A panel of international critics will select their favourite film, while a new Off CameraPro Industry section will offer 12 workshops run by industry professionals, and aimed at directors, producers and distributors. Melissa Leo will accept the special Against the Current award.

Throw in well-attended nightly parties at lovely venues, a lavish closing gala and buffet, a special guest in the guise of actor and film-maker Josh Hartnett, not to mention the opportunity of wandering around this beautiful city between screenings, and you'll begin to see why Off Plus Camera is set to become an unmissable event on the European festival circuit.

Hartnett meeting with the public, the festival held a series of meetings "Camera On", will be held April 17 at the cinema Kijów.Centrum (entry to festival ticket holders, after
receive an invitation.)

Krakow is waiting for movie star 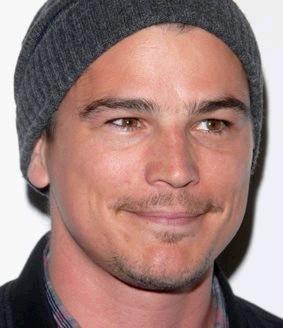 At a time when many events have aspirations and plans to trim the budget crisis, Off Plus Camera is growing rapidly.

- Our festival is five years old, at that time did not withdraw any sponsor or patron, and even gained new. We have a budget of about 5.2 million net. I consider this a success - says festival director Simon Miszczak.

In addition to the main competition and constant section you will see some new proposals.

- We managed to build a strong competition, bringing movies to Krakow, which last year made an impression on us at various festivals, such as poberliński "Upstream Color" Shane Carruth, but also images, which no one has heard of, but should as "Ombline" Stephane Cazes - says the artistic director of Off the Camera Plus Anna Trzebiatowska. - I am also proud of what we propose outside the main competition. I recommend black American cinema - with us a little-known and inspiring and important for contemporary film.

There is a long list of guests. The star of the festival will be Josh Hartnett, known for such of "Black Hawk Down" by Ridley Scott and "The Black Dahlia," Brian De Stains. He combines a career in mainstream and independent cinema, most recently starred in "Singularity," Roland Joffe. Krakow both promote his next project.

The presence at the festival also confirmed Stephen Dorff, known for his "public enemies" and Michael Mann's "Somewhere. Between places" Sofia Coppola. At the opening party will be projected Costa-Gavras.

- We have great heads of the jury - to Anna Trzebiatowska. - In the main competition - Lech Majewski, the Polish competition - Oscar actress Melissa Leo.

For the first time during the festival will be held industry workshops. The theme will include co-productions, pitching, or the ability to talk about the project, and film festivals. The project "Off Plus Camera in your town" festival screenings will take place in 11 cities of Lesser Poland, including Auschwitz, Bochnia, Krynica.

- Once we established ourselves that our event will be held in intimate circumstances - Miszczak Simon says. - We have eight small and medium-sized cinemas Krakow, most of them are "Kiev." But the number of visitors is increasing and it is not excluded that in year two of these objects we are not enough. I myself last year, I could not get a ticket for two projections.
http://translate.google.com/translat...ed=0CE0Q7gEwAw

6th Off Plus Camera. Press conference
Special Guests
This year's festival will open the film "Lust banker" by Costa-Gavras, the leading creator of courageous political theater. Award-winning director of films such as Cannes and Berlin will be at the festival. Off Plus Camera organizers have invited this year to the festival as three great actors. Josh Hartnett, Stephen Dorff and Nick Moran will present the latest movies with your participation and meetings with the audience will talk about plans for the next execution.
http://translate.google.com/translat...=0CFsQ7gEwCDgK