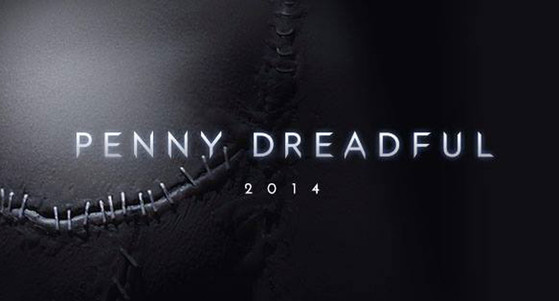 Welcome thrill-seekers, horror fans and enthusiasts of all things that go bump in the night. We've found your newest TV obsession.

Showtime's dark new drama Penny Dreadful is headed to your screens next year, and we're already counting down the days to the debut of the series that is unlike any other. However, let us clarify something for you: Penny Dreadful is not a who, it's a what—and a very terrifying what at that.

Featuring some of history's most gruesome and dangerous characters, the highly anticipated new series will not premiere on the premium cable network until spring of 2014. We're already so excited about this sure-to-be-twisted hit that we wanted to give you an exclusive first look at all the murder and mayhem that is coming next year.

A Look at Penny Dreadful's Ties to Great Horror Literature

Showtime has released Chapter 2 of its Production Blog for the upcoming "Penny Dreadful," and this time we have creator/executive producer John Logan discussing the series' ties to horror literature like Dracula, Dr. Jekyll & Mr. Hyde, Frankenstein, and The Picture of Dorian Gray.

Juan Antonio Bayona, best known for his work on the hugely successful 2007 horror film The Orphanage and the 2012 Oscar contender The Impossible, directs the first two episodes.
http://www.dreadcentral.com/news/72940/look-penny-dreadfuls-ties-gr...

As Homeland's season came to a shocking close, Showtime is ready to keep the drama coming with an all-new original series in Penny Dreadful. Bringing horror to the pay-cable network, the drama finds a fresh take on iconic characters while thus far we've received only small teases as to what's to come ahead. Now, a new teaser unveils one of our key characters as she comes face to face with something much darker hidden up her sleeves.

Described as a frightening psychological thriller, Penny Dreadful takes some of literature's most terrifying characters, including Dr. Frankenstein, Dorian Gray and iconic figures from the novel Dracula, and blends their classic horror origin stories together. Josh Hartnett plays lead Ethan Chandler, a charming American who finds himself trapped in the darkest corners of Victorian London where the same monsters are lurking.