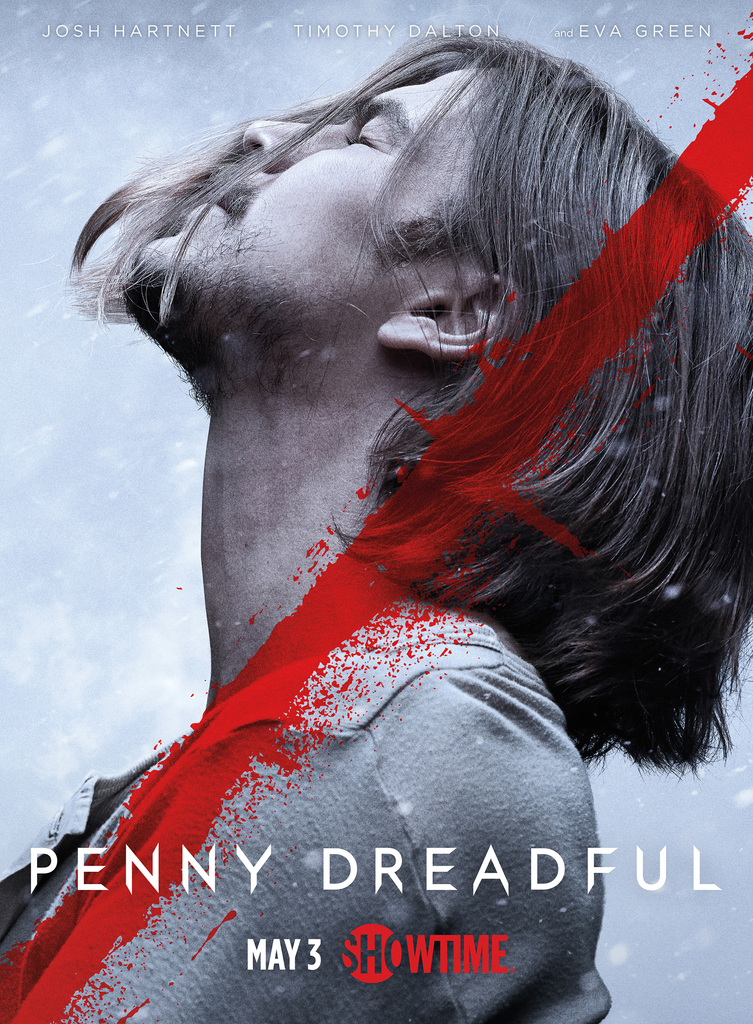 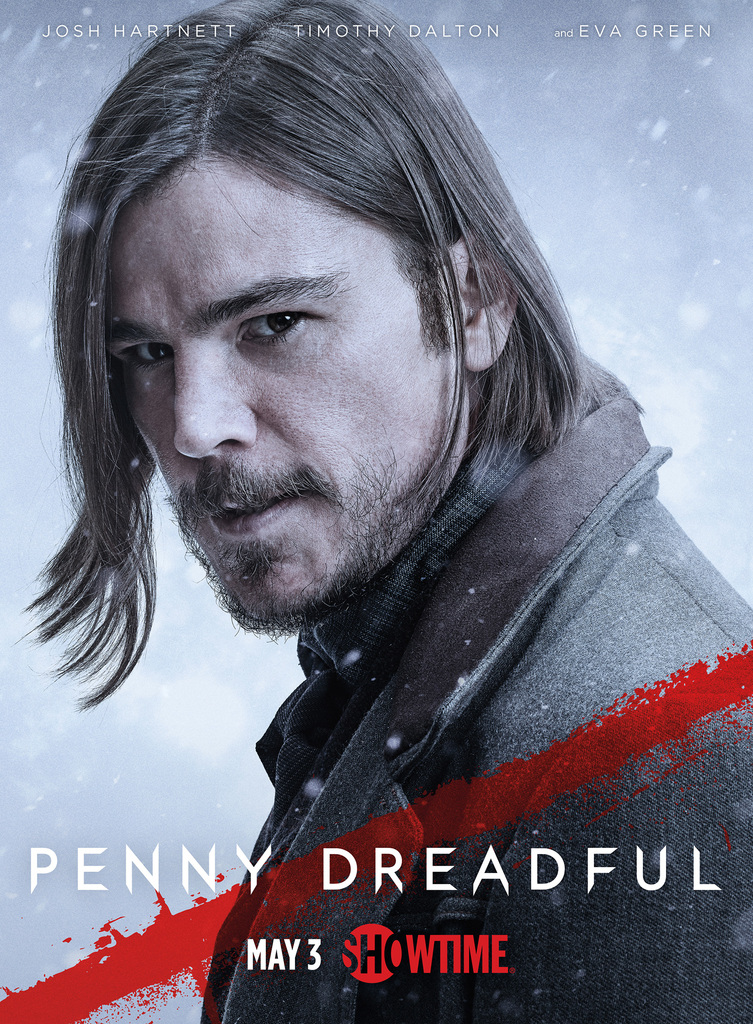 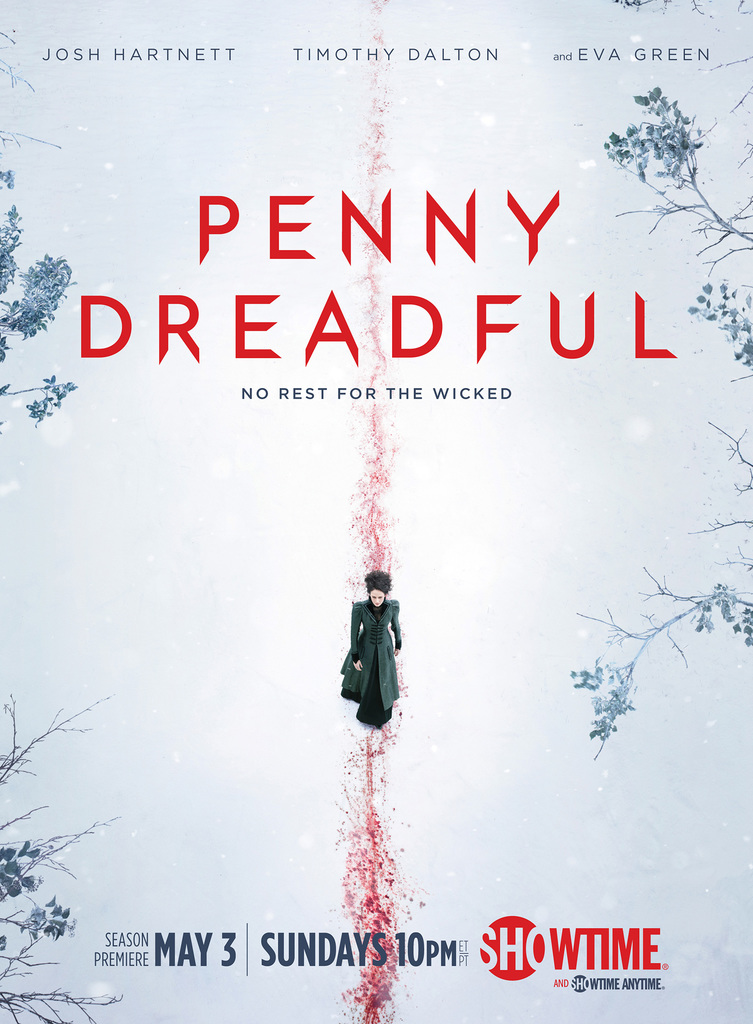 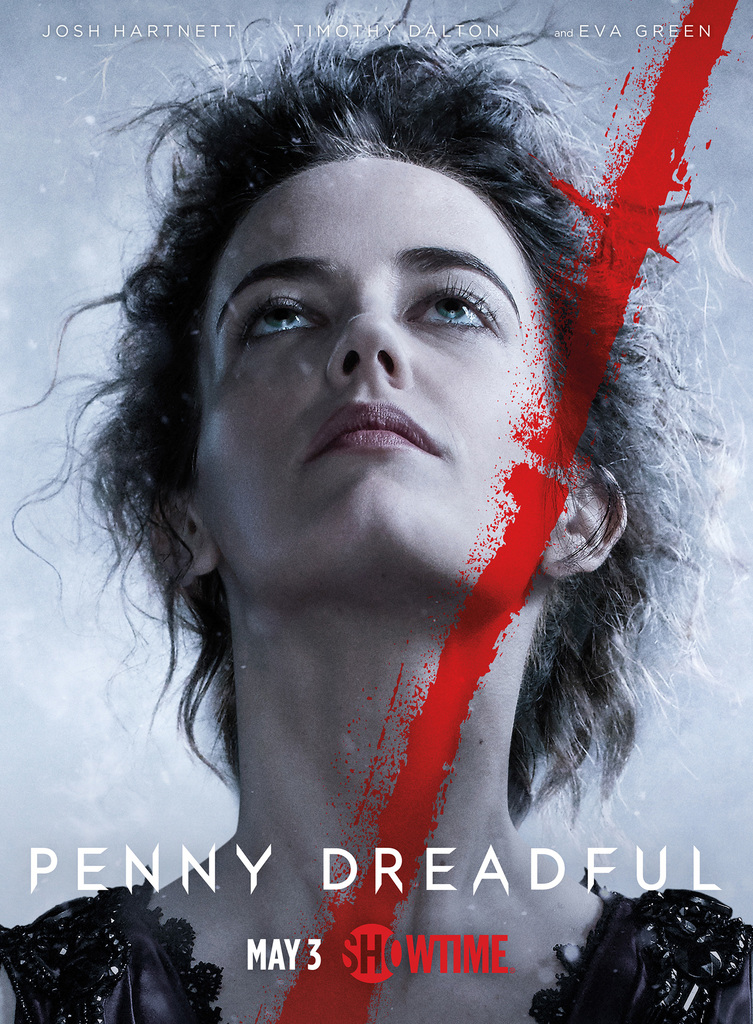 Press Release: Today, SHOWTIME unveiled the season two artwork for its critically-acclaimed psychological thriller PENNY DREADFUL, premiering on Sunday, May 3rd at 10 p.m. ET/PT. PENNY DREADFUL returns with ten episodes and will find Vanessa Ives (Eva Green) and Ethan Chandler (Josh Hartnett) forming a deeper bond as the group, including Sir Malcolm (Timothy Dalton), Dr. Frankenstein (Harry Treadaway), and Sembene (Danny Sapani), unite to banish the evil forces that threaten to destroy them. Meanwhile, Dorian Gray (Reeve Carney), the Creature (Rory Kinnear) and Brona (Billie Piper) are all waging battles of their own. Two-time Tony® Award winner Patti LuPone will guest star as a mysterious character of great importance in Vanessa’s past. Helen McCrory returns as Evelyn Poole (a.k.a. Madame Kali), the seductive spiritualist who will pose a unique threat to our protagonists this season, along with Simon Russell Beale, who is back as eccentric Egyptologist Ferdinand Lyle. Additional guest stars include Douglas Hodge as a Scotland Yard investigator; Sarah Greene as Poole’s powerful daughter, Hecate; and Jonny Beauchamp as a man with a singular past.

For a behind the scenes look at the creative inspiration for the PENNY DREADFUL season two key art, see below