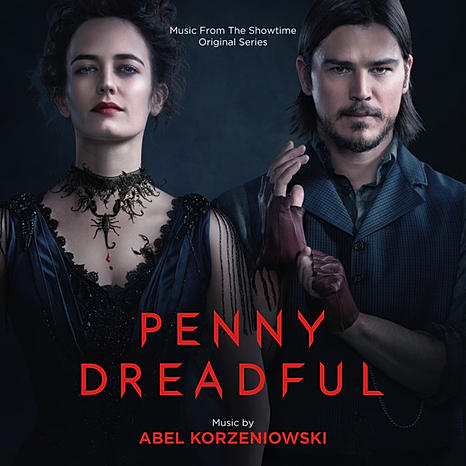 Abel Korzeniowski continues carving his way into the heart of the L.A. scoring scene with a deep and rich bodied score that explores the intimate layers of each character by plying a blend of ornate strings, woodwind, brass and choir and constructing a musical soundscape unlike anything I have ever heard. A beautiful 'mood' score that easily transports the listener into the subject matter presented by creating lush sentimental elegies alongside romantic melodies or un-nerving and frenetic macabre motifs.

Showtime presents viewers a dark Victorian gothic series that interweaves lives and stories of some of the most notorious 19th Century literary figures and their authors. Mina Harker, Dr Viktor Frankenstein and his Monster, the Wolfman and even Dorian Gray merge together in a lavish production that features a multitude of high-profile acting talent: Timothy Dalton, Eva Green, Josh Hartnett, Billie Piper and David Warner. Unsettling, engaging and plentiful in plot twists the series has received critical praise and the second series in currently in pre-production. 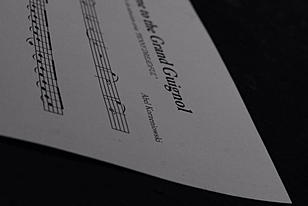 Metropolis, Copernicus Star, Battle for Terra and An Angel in Cracow is where I first became accustomed to a young Polish composer name Abel Korzeniowski. There was something about the sounds he composed and how they were gentle on the senses that immediately enthralled me to find out more. Indeed more came with scores to W.E. and A Single Man as well as Escape from Tomorrow and Romeo & Juliet complimented by work with singers Patricia Kaas and Madonna. This is a composer who has a very big future ahead of him and who appreciates the film music community at large (view his acceptance speech at the 2012 World Soundtrack Awards to get a sense of how humble this composer is). One of my favourite subjects to photograph this year at the International Film Music Festival, Cordoba and to have watched him conduct his music live has been my musical highlight of 2014. More about the Penny Dreadful score... 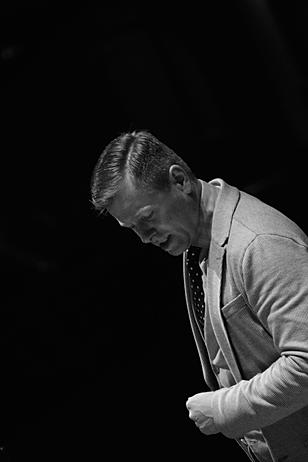 Korzeniowski provides the series with a score that is the perfect accompaniment for the action on screen and the related effects within the audience’s own imagination. He does not simply follow the tried and tested methods of the genre, we are instead treated to a visceral construction that European composers seem at home with using to great effect. Adopting a slight minimalist approach that he has used to great effect and with perfect balance in previous projects the composer lets the viewer enter this bizarre and cadaverous story and easily places the audience deep into the heart of 19th Century London. The score evokes the smells, sounds, characters and general squalid conditions of life in the East End during the Industrial Revolution. Abel Korzeniowski absolutely gets the mood right and has fused together existing scoring techniques within the horror genre alongside his own refined method and approach to storytelling through composition.

On this 29 track release we are treated to a variety of cues that range from delicate piano leitmotifs reflecting the personalities and inner anguish of each main character (in particular Dalton and Green’s sexually charged relationship); there are schizophrenic strings that unsettle the viewer as a battle, fright or revelation is played out, as well as intimate and heartfelt full orchestral pieces that lead us on our journey into a dark; yet strangely romantic and intriguing world. We can hear elements of Herrmann in the strings, Goldsmith in the choral work, Barry in the brass and woodwinds but all beautifully crafted and weaved into Korzeniowski’s artisan approach and unique structure; with deep and resounding cello phrases getting into the heart and soul of the listener. 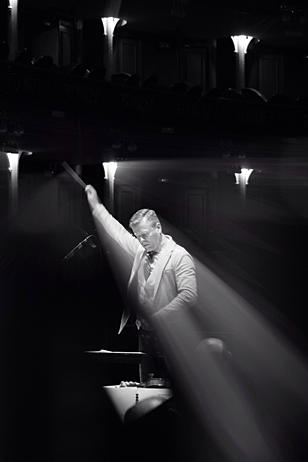 Standout cues on this release by Varese Sarabande include the wickedly swirling opening titles ‘Demimonde’ that sweep the listener into the album (and series) immediately. Whilst it could be deemed an unsettling piece alongside the images used to open the show it is a very clever and well constructed cue that outlines the journey the viewer is about to be taken on; a gothic fanfare that leaves you breathless and and experiencing a racing heartbeat. ‘Street. Horse. Smell. Candle’ is a beautiful piece that is definitely representing a lighter side of the album and series and shows Korzeniowski employing a minimalist technique; strings lead to a gentle piano melody that repeats and builds alongside flutes and a heart melting cello motif before dropping off perfectly. A similar structure and technique is used in my favourite cue ‘Welcome to the Grand Guignol’ featuring an lamentful violin alongside open and sweeping strings; it is a beautiful homage to the lost days of vaudeville theatre and reflected on-screen in a stand out scene of the series (I would recommend any young aspiring composer to watch how Abel sculpts the scene with his music and in particular how it compliments the fantastic art direction and editing of the sequence). A final cue worth mentioning is the Barry-esque ‘Dorian Gray’ with deep horns, open strings and bold percussion that contains elements of the main theme but could quite easily sit at home in a Bond movie as we watch the hero venture into some deep-sea villains lair.

The album presentation is well balanced and contains some of the more darker, demonic cues in the middle section before building up to some lush cues ‘InPeace’ and ‘I Was Never Going To Go To Africa’ playing us out with an opportunity to reflect and consider our own experiences and mortality. Overall this is a soundtrack that stands alone or alongside the images and definitely one that whets our appetite for future developments. I look forward the next series and most importantly to see and listen to how Korzeniowski develops his themes further; with the powerful plot developments that were hinted at in the final episode of Season 1 we are guaranteed an absolute treat from this incredible talent. There is not an Abel Korzeniowski score that I dislike as his music speaks volumes, it tells stories, it treats the senses and it entices... I find his music unleashes a hidden composer in us all and I am excited to see what projects are in store for Abel over the next few years. 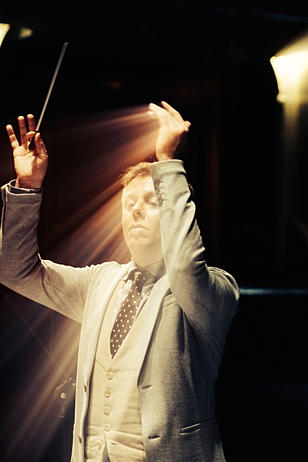