“The Philippines was one of the most interesting places that I went to,” says Josh Hartnett

LOS ANGELES—Ardmore Studios, located in Bray, County Wicklow (south of Dublin), is definitely as far as we could get from Mount Diwalwal in Compostela Valley in Mindanao, where Josh Hartnett shot Tran Anh Hung’s 2009 film, “I Come with the Rain.” Josh has been filming Showtime’s Victorian-era horror drama “Penny Dreadful” in Ireland for two years now.

“Probably one of my favorite parts of working in film and television is the fact that you’re constantly on the move and that no two years are very similar,” said Josh during his break on the “Penny Dreadful” set. He’s grown a mustache and a beard to play American gunslinger Ethan Chandler who happens to be a…werewolf. Now on its second season, John Logan’s entertaining gothic drama, which also stars Eva Green and Timothy Dalton, gathers supernatural figures from Victorian literature.

“I shot a film last summer in Utah,” Josh continued about his nomadic actor’s life. “I get a chance to live an extraordinary number of different types of life. To compare the Philippines to anywhere just doesn’t make any sense. For me, it’s always a new experience.

“If I go back to the same country a couple of times with different crews, it makes for an entirely different experience. And as I get older, it’s a different experience. When I first came to Dublin a few years ago, all I wanted to do was just hang out in the Temple Bar. Now, I’m living in Dalkey which is about as far away from all as you can get.” 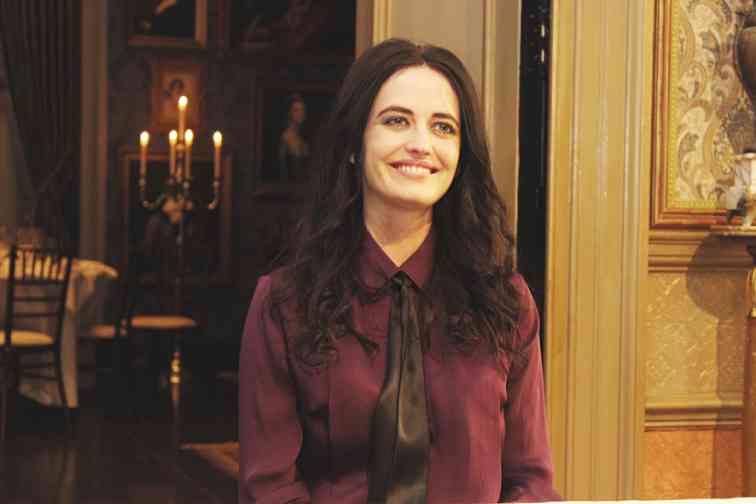 Eva Green says of her medium character, “Vanessa is very vulnerable, very lost. She feels like she’s been abandoned by God.

Josh is not griping; on the contrary, he’s enjoying his peripatetic lifestyle. “I love to travel and I like to be integrated into the culture which you can do if you spend a lot of time in a place working on something as opposed to just being there for a couple of weeks on vacation.

Josh still has vivid memories of shooting “I Come with the Rain,” a thriller where he played a former LA cop, in Mindanao: “The Philippines was one of the most unusual and interesting places that I went to in my career. We shot in this mining town. There was nothing there beforehand. But then somebody found gold. Twenty years later, there are 60,000 people living in mostly tin and wood houses. To be in the middle of that, I would have never expected it nor did I even know it existed on that level, which was pretty incredible.”

On what to expect from his Ethan in season two, Josh said, “There are blossoming relationships in this season. They’re different than my relationship with Brona (played by Billie Piper) last year.”

Even though it was revealed that he’s a werewolf, Ethan still packs his pistol to fight demons and witches. Josh explained, “Because the transformations aren’t by choice, Ethan can’t just put away the guns and just decide to whip out the claws. So the guns are still involved.”

He bared why he enjoys fleshing out Ethan: “What’s really important to me and more interesting about working in a TV show is that the characters are ever-developing. We don’t know what’s going to happen entirely next season yet. None of us do.

“So as the cuts come back for this season and John (Logan) and Showtime see what’s going on, decisions will be made about where my character’s going. It’s more organic. It’s exciting and different in that way from film where you have a finite structure. On TV, you get to create the arc of the character without the director.”

John, the writer and creator of “Penny Dreadful,” dropped by to talk briefly about how he created the series and why he cast Eva as the medium, Vanessa Ives.

“This is my first TV show,” John began. “When I started thinking about this, it was 13 years ago. I wanted to write a story about romantic poetry because I was inspired by (William) Wordsworth and (John) Keats and those things that were loved and those things that were unloved. I had no interest in writing a horror show. I didn’t want to write about Frankenstein and that all evolved over the years of thinking about it and turning it over obsessively.

“Now that we’re in our second season, I think you’ve been able to see as you walk around today what a complete world we’ve been able to build because I didn’t want to write a fairy tale. I wanted to write a story about human beings. And whether those human beings are actual human beings or animated creatures or vampires, I wanted them to be recognizably you and me because when I read Wordsworth and Keats, I feel that they’re speaking to me.

“So in our second season, we’ve tried to speak in a very direct way to a modern audience. I’m delighted with where we are. When the real work on ‘Penny Dreadful’ began a few years ago, I created a character named Vanessa Ives. That’s where I started because I wanted to write about a woman and along the way I’ve assembled great partners—Chris W. King, Jonathan McKinstry, Gabriella Pescucci, Nick Dudman and Phil Murphy.”

John gushed about Eva: “But there was one thing I needed and that was a muse. It’s a clichéd expression but as a man who’s been a dramatist since I was 18, I knew I need a touchstone and I knew who I wanted that touchstone to be and that was Eva Green. I find in her inspiration, courage and a ferocity to explore the dark and the light. This show is about the dark and the light so I will introduce you now to my personal light, Eva Green.”

Eva, with the charming, intense eyes, smiled as she heard John’s introduction. 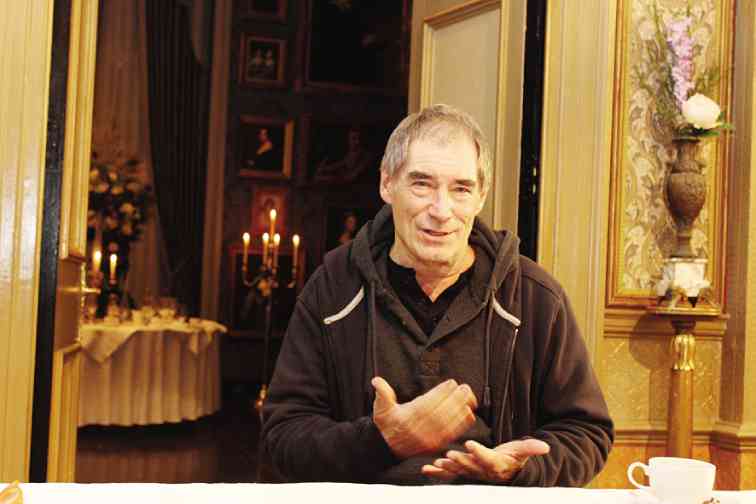 Timothy Dalton says he wishes to work with costar Green on every project possible.

She lost no time sharing what’s happening with her character: “When we start Season Two, Vanessa is very vulnerable, very lost. She feels like she’s been abandoned by God. She’s still haunted by the devil but she thinks she’s managed to tame him. But in fact, the devil has sent his servants to capture her soul. They’re actually witches, these servants. They’re very scary so she feels very scared and feels a bit trapped.

“Evelyn Poole (Helen McCrory) becomes involved with Sir Malcolm (Timothy Dalton). Right in the beginning, Vanessa senses there’s something much more to this woman than meets the eye. She just senses with her sixth sense, Oh my God, there’s something odd. Little by little, we discover that Evelyn is actually the head of the witches and her mission is to deliver Vanessa’s soul to the master, the devil. She’s Vanessa’s enemy, that’s for sure. Helen McCrory is absolutely wonderful—she’s a very sexy, dark, beautiful actress.

“Vanessa is still wrestling with her inner demons all the time. It’s much more internal this year, I would say. There’s also a beautiful love story with the character of Ethan. They’re both fighting with their own demons and they try to suppress their desire for each other.”

“It’s a dangerous, spicy relationship,” she added with a grin, her blue eyes lighting up. “They’re afraid that if they give in to their desire, they will destroy each other. It’s a very beautiful relationship.”

Asked about the elaborate sets, Eva answered, “My favorite is my character’s bedroom because it’s very simple and plain. It’s just one bed and a cross and yet all the drama happens there. The true Vanessa is in that bedroom. She can unleash all her demons there.”

For Timothy Dalton, this studio has a very personal significance. The actor, who played James Bond in the 1980s, said, “The very first film (‘The Lion in Winter’) I made was here in Ardmore, in this studio. It was the late ’60s, with Katharine Hepburn and Peter O’Toole. In fact, we might have actually stood in this very space, which is strange, isn’t it? I could have stood here with Katharine Hepburn all those years ago.”

When we asked what was Timothy Dalton like then, he chuckled as he replied, “He was about 40 years younger.” Then he said, “And doing his first movie with two great leading actors. They were not only wonderful in themselves and to each other but they were also wonderful to me. Both of them, sadly, dead now.”

On whether he’d like Eva to be his Bond Girl (she played one in 2006’s “Casino Royale”) if he were to play 007 again, Timothy quipped, “I would like to have Eva Green in everything I do.”