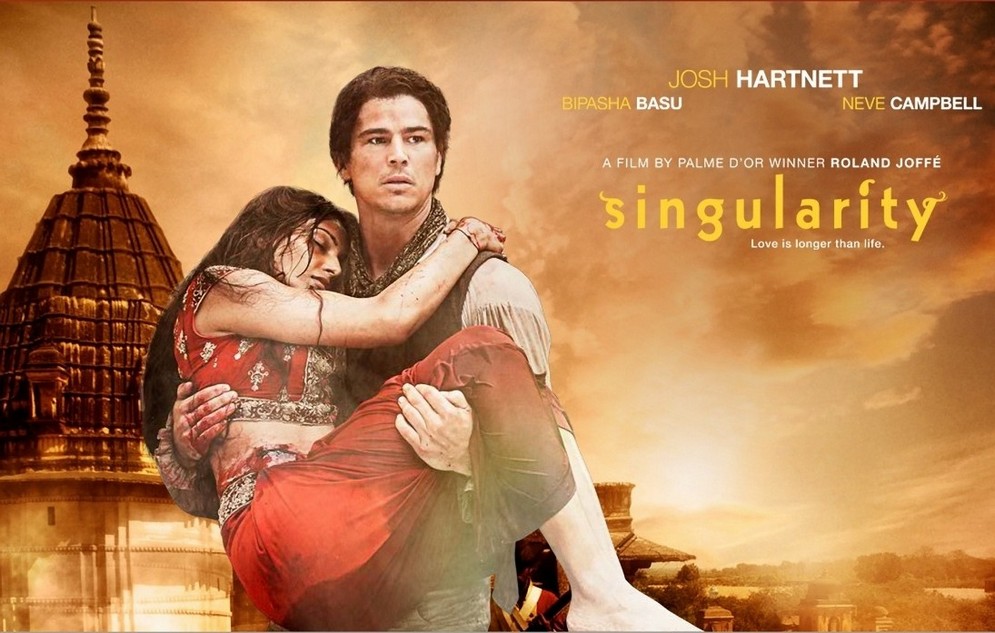 Singularity may be set for more filming, claims Bipasha Basu

Troubled UK-Australian co-production Singularity may be set for further filming later this year, according to one of the Bollywood stars who appears in the film.

Bipasha Basu recently told the Indian media that she had spoken to director Roland Joffé and further filming was set for April.

“I have always maintained that Singularity isn’t in major financial trouble,” she recently told the Hindustan Times. “I met Roland some time ago and he was excited. I’ve two days of shooting left, which I will complete in April, then we will work on promotions, so financial issues don’t figure at all.”

One source said further shooting may take place in Malta although no-one is certain.

About 90 per cent of Singularity has already been filmed according to sources except for the ‘modern’ section of the tale, which follows marine biologist Jay Fennel (Josh Hartnett) who undertakes a near-fatal dive to save his wife (played by Neve Campbell) while exploring an 18th century merchant ship wreckage. He then envisions India in 1778 where British captain James Stewart (also played by Hartnett) is about to embark on a dangerous mission while falling in love with a beautiful palace guard (Basu). The film was initially shot in Australia in late-2010 before moving to India for the second leg of shooting in early-2011.

If the film can be cut together and released, it would trigger the lucrative Australian Producer Offset tax rebate, which would more than cover the unpaid debts.

However, the strained relationship between Australian producers Grant and Dale Bradley and UK producer Paul Breuls remains a key stumbling block to completing the film.