Timothy Williams is currently scoring the upcoming western Wild Horses. The film is directed by Robert Duvall who also stars in the movie alongside James Franco, Josh Hartnett, Luciana Duvall and Adriana Barraza. The movie centers on the impact on a Texas rancher’s family when the Texas Rangers reopen an investigation into a missing person case. Duvall has also written the screenplay and is producing the project with Michael Mendelsohn (Rage, I Am Michael) of Patriot Pictures and Rob Carline (Crazy Heart, The Apostle, Assassination Tango). Wild Horses is set to premiere next month at the SXSW Film Festival.

Williams’ previous scoring credits include Walking with the Enemy, Red Sky and Symbionic Titan. He also contributed additional music and orchestrated for such features as Guardians of the Galaxy, 300 and Sucker Punch. His recent projects also include the sci-fi horror film Debug. A soundtrack album featuring the composer’s music will be released digitally on February 24, 2015 and physically on March 10 by Lakeshore Records. Visit Amazon to pre-order the album.
http://filmmusicreporter.com/2015/02/12/timothy-williams-scoring-ro... 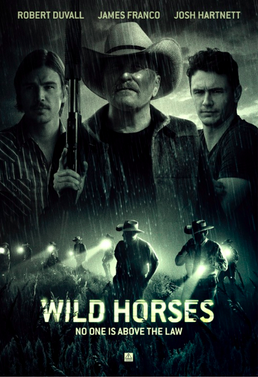