In the near future, a man bursts out of the trunk of a car at an abandoned factory. Max Martin is bloody and his clothes tattered. He runs to the tree line and digs at a particular spot coming up with a duffel bag filled with energy bars, clothes and a handgun. In the near past, two detectives, Hatcher and Dobbs, work late at the local police station. Max bursts in begging for their help, but no one remembers him.
In the present, the day before July 4th, Max is lying in a bathroom stall. His clothes entirely perforated for some mysterious reason. He heads back to his desk. Joe, a co-worker and close friend, asks what he was doing in the bathroom for 3 hours. Max doesn’t really know.
Max calls his wife Molly and leaves a message on her cell phone. Max gets worried and calls again,voicemail. He then gets a call from Molly’s phone asking him to identify himself. A sinister voice threatens to kill Max’s family. Max starts to dissolve into pieces and finally disappears in a burst of white light. He has travelled back in time and he’s just arrived at home again.
What is happening to him? Where is his family? He then receives the same telephone call again. Time has shifted. There is a trail of blood at home and it looks like Max has killed his family. Has he been framed? Max must find the kidnappers before they kill his family. And who is the mysterious Agent Sanders who knows more about the goings on of Max and his family than he states. Why do the police not believe his story?
So begins Max Martin’s quest to rescue his family, control his time travel ability and save himself from destruction.
Fast-paced sci-fi thriller from acclaimed director Paul McGuigan.

This script grabbed my attention immediately as it has all the elements that excite me as a filmmaker-unique world, fresh concept, distinctive action, a singular character perspective and themes of love, redemption, revenge and family. In my previous work like Lucky Number Slevin and Gangster No.1, the strength has always been in a strong lead character that a filmmaker can filter the world through. Max is an ordinary man who will be familiar to an audience-9 to 5 job, kids, suburban living but the most important connection is what he would do to save his family. This is a universal instinct. I think that was the most powerful element that made Taken such an intoxicating and successful movie – the primal instinct in protecting the family.
This script also has at its core, a very powerful concept that straddles the world of sci-fi and comic book. It has a very strong story arc, that places our hero in a familiar world, but by the time the film finishes, he is reborn with an extraordinary power. He is also being primed for future government covert assignments. 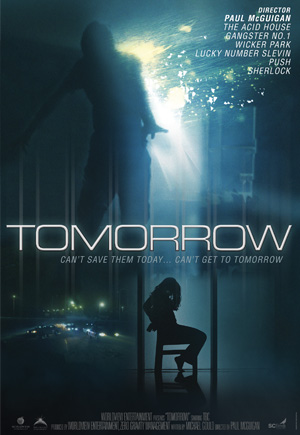 Worldview Entertainment
Molly Conners is the producer of Ass Backwards, 30 Beats and the award-winning Frozen River.

Zero Gravity Management
Mark Williams is the producer of such films as Flawless, In Enemy Hands and The Cooler