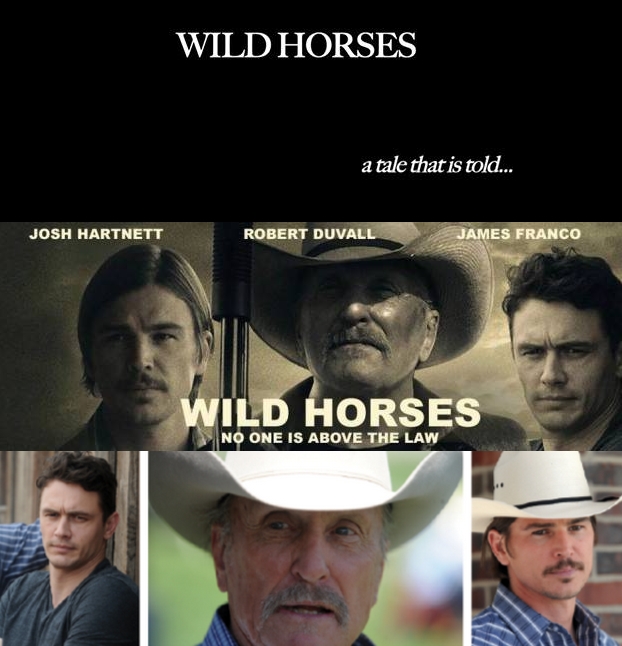 Directed and written by Academy Award Winner Robert Duvall, Wild Horses will have its World Premiere at the upcoming 2015 SXSW Film Festival on Tuesday 17th March.

One of my guilty pleasures is watching crime dramas and documentaries, from popular TV series including CSI to even series that you couldn’t believe even exist such as Southern Fried Homicide. I guess I’m intrigued by the mystery and guessing who the killer could be, like how Dallas gripped a nation with its ‘who killed JR’ storyline.

As you may have guessed, this is one film I’m looking forward to catch a screening of at SXSW Film Festival. Its been 13 years since the last time Robert Duvall wrote and directed a film, the last time was in 2002 with his film Assassination Tango. It will be interesting to see the outcome of a film where Robert has put the time, care and effort into making.

Texas Ranger Samantha Payne reopens a 15-year-old missing person case, and uncovers evidence that suggests that the boy was likely murdered on a ranch belonging to wealthy family man, Scott Briggs. When Scott’s estranged son unexpectedly returns home during the investigation, Samantha becomes even more convinced that the Briggs family was involved, and will stop at nothing to discover the truth about the boy’s death even putting her own life in jeopardy.

Release dates: Currently Wild Horses is only scheduled for screenings at the 2015 SXSW Film Festival.