‘Exterminate All The Brutes’ Premieres April 7 on HBO 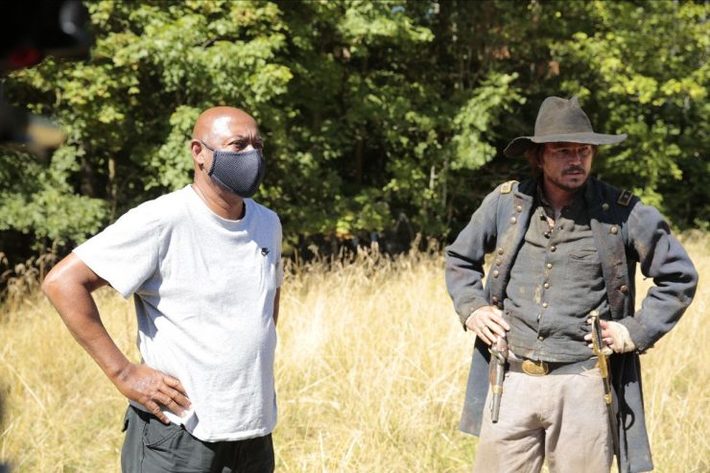 Exterminate All The Brutes by acclaimed filmmaker Raoul Peck (I Am Not Your Negro, HBO’s Sometimes in April), is a four-part series that pushes the boundaries of traditional documentary filmmaking, offering an expansive exploration of the exploitative and genocidal aspects of European colonialism, from America to Africa and its impact on society today. The series will debut on HBO with two back-to-back episodes on Wednesday, April 7 at 9 p.m. ET/PT, with the final two episodes, airing back-to-back Thursday, April 8 at the same time. All four episodes of the series will be available to stream on HBO Max on April 7 to coincide with the linear premiere. The film’s HBO debut date coincides with the International Day of Reflection on the 1994 Genocide in Rwanda.

Peck will participate in a discussion with Tabitha Jackson, Festival Director, at the 2021 Sundance Film Festival as part of their Big Conversation series on January 29. The conversation, titled The Past In the Present: A Personal Journey through Race, History and Filmmaking,  will explore Peck’s work and the timely themes illuminated in Exterminate All The Brutes, using clips from the series to guide the conversation.

A journey in time, Exterminate All The Brutes is a filmmaker’s personal voyage into the darkest hours of humanity, in which Peck deconstructs the making and masking of history, digging deep into European white supremacy’s ideology.  Peck challenges the audience to re-think the very notion of how history is being written.

The series is based on three works by authors and scholars – Sven Lindqvist’s Exterminate All The Brutes, Roxanne Dunbar-Ortiz’s An Indigenous Peoples’ History of the United States, and Michel-Rolph Trouillot’s Silencing the Past – Exterminate All The Brutes revisits and reframes the profound meaning of the Native American genocide and American slavery, and their fundamental implications for our present.

The series artfully weaves together rich documentary footage and archival material, as well as dynamic animation and interpretive scripted scenes and aims to tell a sweeping story in which history, contemporary life and fiction are wholly intertwined. Peck meticulously disrupts formal and artistic film conventions, freely weaving together scripted and unscripted content.