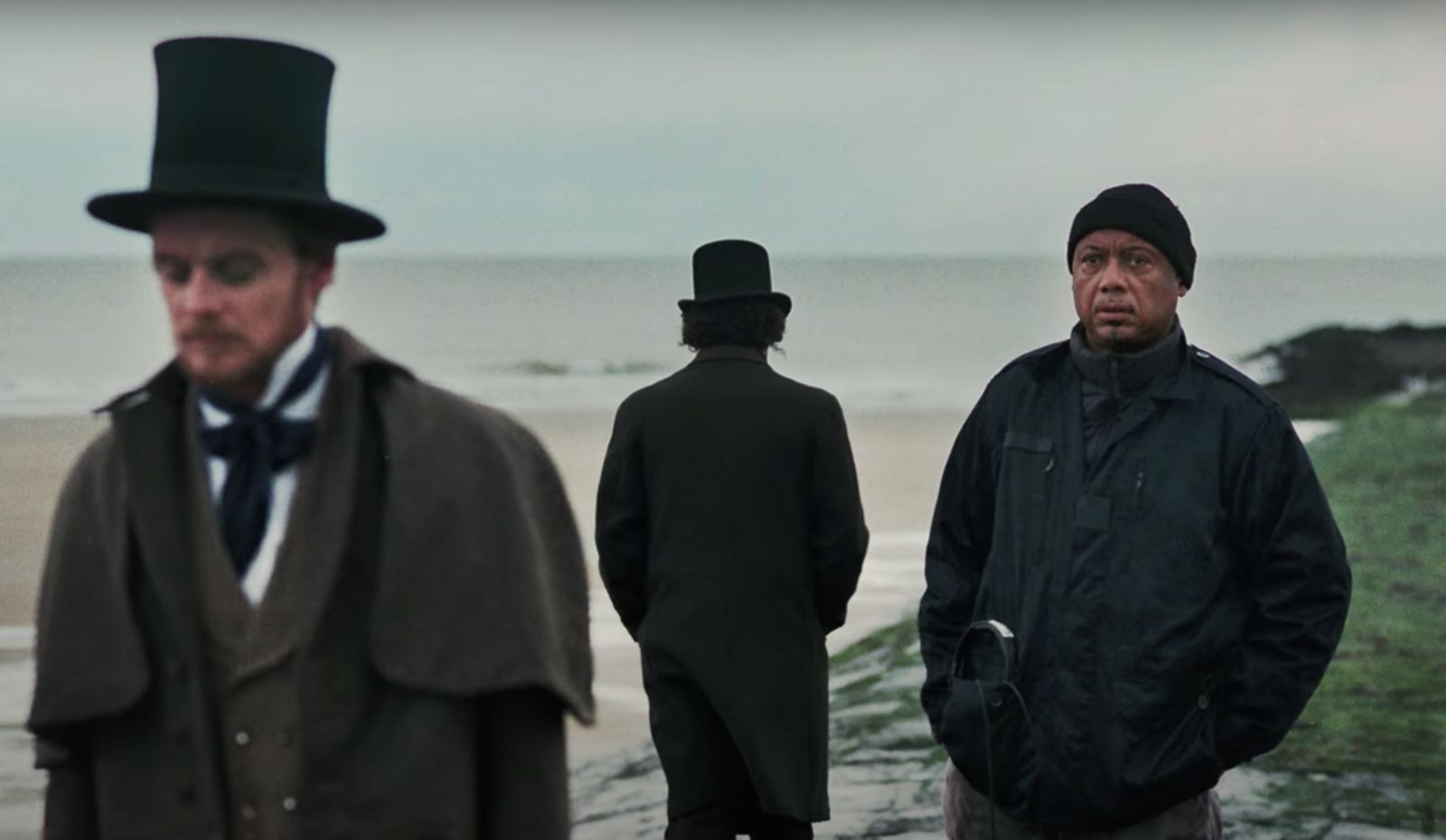 Following up his extraordinary, Oscar-nominated James Baldwin documentary I Am Not Your Negro, director Raoul Peck is returning with an ambitious, four-part series premiering on HBO. Set to premiere over two nights on April 7 and 8, Exterminate All the Brutes takes a visually arresting journey through time, into the darkest hours of humanity. Through his personal voyage, Peck deconstructs the making and masking of history, digging deep into the exploitative and genocidal aspects of European colonialism––from America to Africa and its impact on society today––challenging the audience to re-think the very notion of how history is being written.

With scripted portions led by Josh Hartnett, the film also utilizes documentary, archival, and animation footage, exploring the 12th century Crusades through the presidency of Donald Trump. “As writers, creators, filmmakers we have no choice but to try and reflect our societies and give some sort of analysis of them the best way we can,” says Raoul Peck. “And as artists, we need to break the limits of our art.”

Based on three works by authors and scholars––Sven Lindqvist’s “Exterminate All the Brutes,” Roxanne Dunbar-Ortiz’s “An Indigenous Peoples’ History of the United States” and Michel-Rolph Trouillot’s “Silencing the Past”––the series revisits and reframes the profound meaning of the Native American genocide and American slavery, and their fundamental implications for our present.

Watch the first trailer below.

Part 1
Debut date: WEDNESDAY, APRIL 7 (9:00-10:00 p.m. ET/PT)
In the series premiere, “The Disturbing Confidence of Ignorance,” filmmaker Raoul Peck sets out to illuminate the intertwined currents of hate and bigotry running through history. Focusing on the United States’ legacy as a colonial power, Peck explores how race first became institutionalized, the Nazi program of “elimination” and its antecedents in the West, and the looting of the African continent in a “gentlemen’s agreement.”

Part 2
Debut date: WEDNESDAY, APRIL 7 (10:00-11:00 p.m. ET/PT)
Peck revisits the stories of Christopher Columbus, the Alamo, and the Trail of Tears from an indigenous perspective in the second episode, “Who the F*** is Columbus.” He shows how “official” history is shaped by those in power and solidified by myth and popular culture. Next, he examines the “doctrine of discovery” used to justify the enslavement of millions of Africans and questions his own story within these narratives.

Part 3
Debut date: THURSDAY, APRIL 8 (9:00-10:00 p.m. ET/PT)
In the third installment of the series, “Killing at a Distance or… How I Thoroughly Enjoyed the Outing,” Peck looks back at human migration, trade, and weaponry, and shows how Europeans used industrialized steel to conduct warfare from ever-greater distances. Then, he explores the endless cycle of militarization throughout the centuries – from George Washington’s efforts to jumpstart American arms manufacturing, to the Monroe Doctrine, and finally, to the horrors of Hiroshima and Nagasaki.

Part 4
Debut date: THURSDAY, APRIL 8 (10:00-11:00 p.m. ET/PT)
In the series finale, “The Bright Colors of Fascism,” Peck explores the challenge of reconciling America’s true history with its ideals of freedom and democracy, pointing to the struggle for native representation and the legacy of slavery in institutionalized racism today. Reflecting on his time in Berlin, Peck links the modern resurgence of white nationalism with fascism, slavery, colonialism, and Nazism