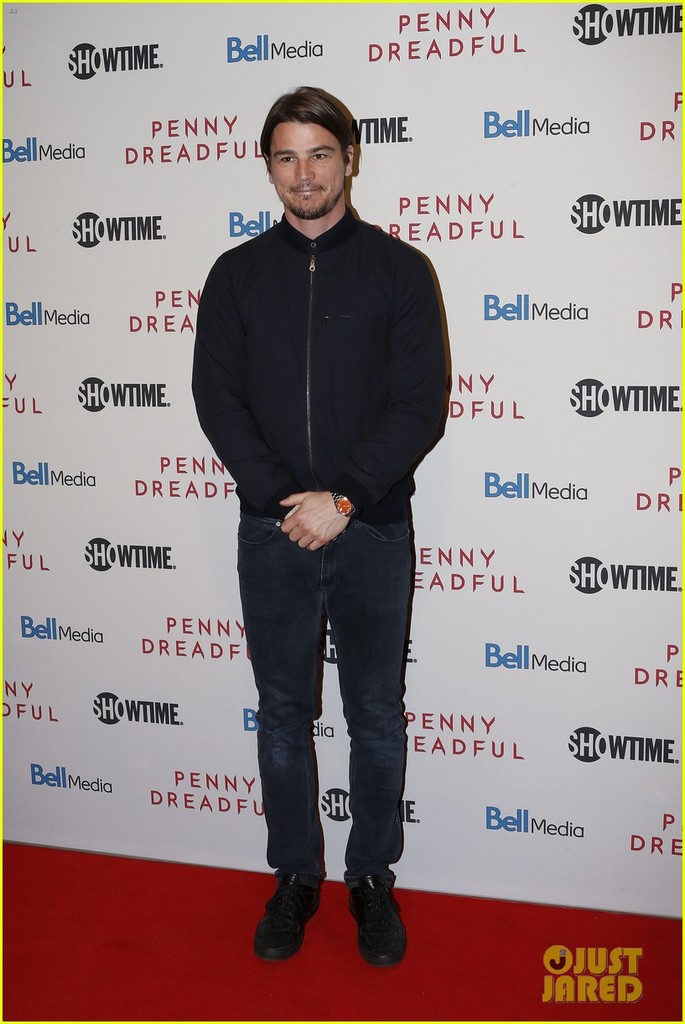 Josh Hartnett stops to pose while stepping out for the season two premiere of his hit show Penny Dreadful held at TIFF Bell Lightbox on Monday night (April 21) in Toronto, Canada.

The 36-year-old actor was joined on the carpet by The Affair star Maura Tierney and Shameless actress Shanola Hampton, as well as President of Showtime David Nevins.

In case you missed it, check out the trailer for the second season of Penny Dreadful! The show returns on Sunday, May 3 @ 10 PM ET/PT!