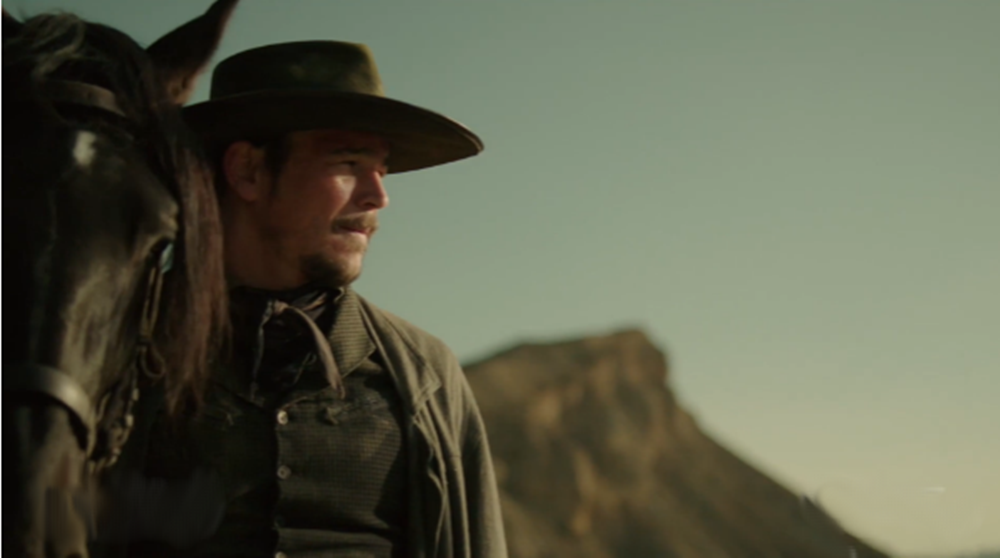 Penny Dreadful is full of mystery and fascination in its world of the demimonde, but perhaps no character’s past is more shrouded than that of Josh Harnett’s Ethan Chandler. His werewolfism was hinted at in Season 1 before becoming more outright in Season 2, but his origin story and how he handles the pain of his transformations remain a point of fascination. The conclusion of Season 2 saw all of the members of Sir Malcolm’s (Timothy Dalton) vampire and witch-fighting team dispersing across the wide world, with Chandler heading off to America, and while some (myself included) thought that we might not actually follow him there and explore his journey, a new character featurette shows the exact opposite.

In the new video, Hartnett explains why Ethan felt he had to leave Vanessa (Eva Green), breaking everyone’s hearts in the process (I will go down with this ship). But, he also describes what awaits Ethan in the New World, along with a ton of new footage to go along with it that suggests a very different look and feel for his part of the show moving forward (plus, Sir Malcolm as a cowboy! Is there nothing he can’t do?) Check out the video below:
The new season will see Wes Studi joining the cast as Kaetenay, described as “an intense, enigmatic Native American with a deep connection to Ethan who also becomes an ally to Sir Malcolm.” Patti LuPone will also return but in a new role as Dr. Seward, an American therapist who treats Vanessa. The familiar faces of Rory Kinnear, Harry Treadaway, Billie Piper, Reeve Carney, and Simon Russell Beale will also be returning, alongside newcomers Christian Camargo as a zoologist who becomes a new friend to Vanessa, and Shazad Latif as Dr. Henry Jekyll.

Behind the scenes shot from Penny Dreadful