A godforsaken rural area, somewhere in Ohio. Since the death of their father, the Riley siblings have kept their heads above water by illegally dealing in painkillers. Josie is managing the business with an iron fist, when her brother, War veteran Kip, is concerned that the risky business is increasingly turning them into outsiders in their small community. While Kip wants to keep his younger brother out of their illegal endeavours, his younger brother is already making plans of his own. Set in the white-trash milieu of the States, the atmospheric debut of Genevan director Anthony Jerjen tells the story of the struggle for survival of a family trying to escape their own spiral of violence. 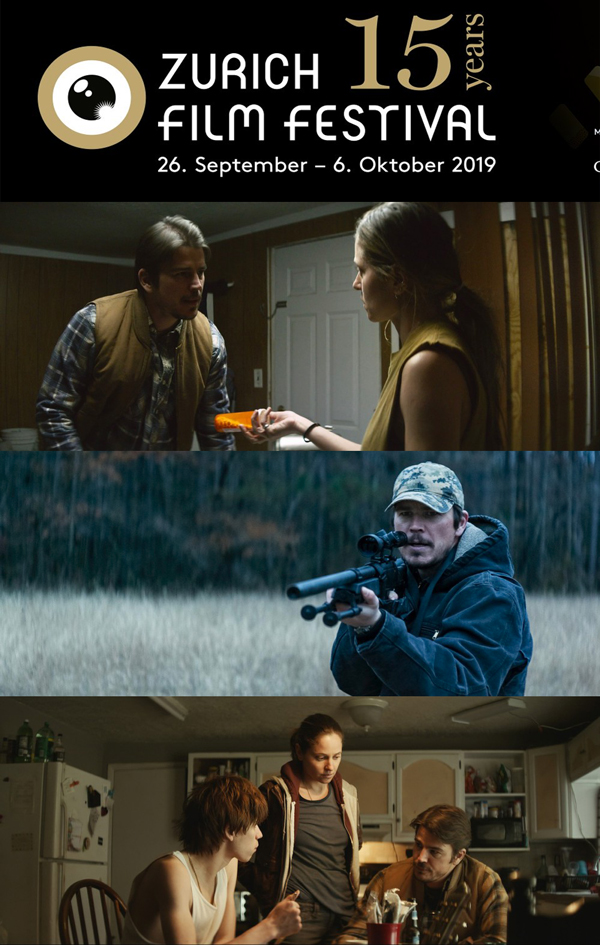 In the lead role, Josh Hartnett plays the soundtrack from the 1990s and a supporting role for the indestructible Bruce Dern. The film takes place against the fiery background of the opium crisis, in which more than 400,000 Americans lost their lives in the last 20 years. Every 11 minutes in the US, one person dies of an overdose of analgesics. A month ago, US pharmaceutical company Johnson & Johnson was fined US $ 572 million for releasing painkillers even though it knew it was addictive. The heir to VIPER touches a coffin in Ohio where many people are dependent. He talks about the war in Iraq.

Veteran Kip (Josh Hartnett), who wants to get his family out of the Opiod Dealen - and finds strong resistance from his sister Josie (Margarita Levieva) and the drug dealer kings. A dense, atmospheric drama with great staging that brings a new talent of the Swiss director on the map. The film was produced by Geneva Michel Merkt and Ticino Benito Müller. Anna Thommen and Lorenz Nufer VOLUNTEER - We and the strangers - that has always been a central theme of Swiss cinema. The biggest international hits were celebrated in our cinema with refugee dramas like THE LAST CHANCE (1946), THE BOAT IS FULL (Silver Bear, 1981) and Journey of Hope (Oscar 1991).